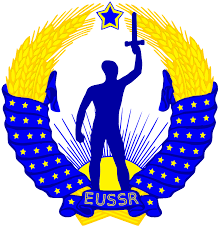 Did you read that detailed plans of the personal office of European Union foreign affairs supremo Baroness Cathy Ashton has revealed a vast empire of more than 100 highly-paid Eurocrats?

A diagram of the command structure of the European External Action Service – effectively Brussels’ new diplomatic corps – confirmed that dozens of officials have been recruited. EU pen pushers have been charged with forging diplomatic links with every part of the globe. And bureaucrats have been given roles with bizarre job descriptions, including overseeing “horizontal affairs” and “strategic communication”.

The sprawling EU foreign affairs office – set up as a result of the controversial Lisbon Treaty – has a budget of more than £400million a year but that figure is tipped to rise to £2.5billion as the organisation grows. And details of the senior staff joining the organisation triggered more criticism of former Labour peer Baroness Ashton, the first Eurocrat to take up the unelected foreign affairs role.

In essence, Ashton is a tyrant. She carries no electoral mandate yet she lavishes ££millions of our taxes on her anti-democratic diplomatic corp, established via the “harmless” Lisbon Treaty. Each month that passes, she will seek to extend the tendrils of the EUSSR into relacing the offices of the Nations States by imposing a EUROPEAN diplomatic service that answers to her and her associates but which does not answer the people. This slow burn traducing of the principles of democratic government is abhorrent and yet it is very much the hallmark of the EU.