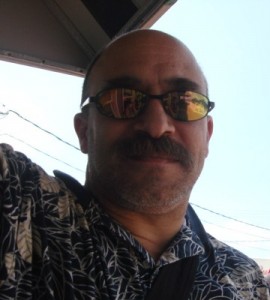 Good God are we INSANE?  Why are we bombing Ghadafi, by helping the opposition we are aiding Iran. We are witnessing the formation of the Caliphate we don’t need to help it along. Let the animals kill each other, it’ll be just less we have to fight in the long run.

Well it’s time as Thompson would say to whip together a few raw facts, some ole negro wisdom, and put this tale out for all to gape at.  There seems to be a continuing clash of the sane against the insane, earther against spacer, greenie against techie, and the all history encompassing Moore against Christian.

We do live in interesting times, someone find that china man and shoot him. We are witnessing the formation of one Caliphate in the Middle East, they actually believe it is the end times and whether you call him the Mahdi, the 12th Imam or the Muslim Jesus they believe he is here, and he is on their side. Right, Wrong, whether you believe or not they DO, and they are sitting on a source of power to give them the ability to screw with everyone.

So what should we do, kill them all? We could, I mean shit that’s what they want to do to us. Do unto others before they do unto us, that’s what Bush said, but we don’t have the stomach for that, nor should we. So what to do?

There is no replacement for oil our whole world is made from it. Look around you. Don’t even count gasoline, just think can you live without plastic? I doubt it. Everything we use in our daily lives is made out of oil. Forget Medicine, Surgery, food containment, etc etc. There is no replacement for oil and the byproducts that we make from it. At least not yet maybe in the next hundred years someone will find something, but they haven’t yet.

The U.S. spends a minimum of $400 Billion a year on Middle Eastern oil. WHY? Because some little enviro weenie can save an owl, or a whale. Screw them, drill baby, drill. If you believe in peak oil (which I don’t) the U.S. has enough of it’s own oil for at least 200 years. Look at what man has accomplished in the last 100, if you believe we couldn’t top that in the next 100, ye have little faith, let alone little sense.

Hell we have plenty enough to keep the U.S. and the British Isles swimming in both oil and coal. Let the EU buy from Russia, except the French those bastards have been short sheeting every deal to control the machinery that goes to the Persian bastards make them deal with them.

We can not allow the enemy to dictate the terms of our economies, which is exactly what we are doing by buying from the Arabs. It is time to cut them off. We are going to have to fight these bastards sooner or later no matter what we do. Why keep giving them money, spend that $400 Billion here and we’ll not just produce oil but it will spur our internal economy back to life. And after all what’s good for America is good for the world.

Drill Here, Drill Now, and screw everyone else.

25 thoughts on “This is not the first or last time I’ll say this….”