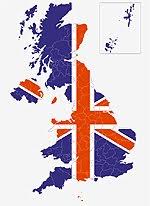 As you know, not all unionist parties support the quest for a dramatic reduction in Corporation Tax rate. TUV is to the fore in opposing what is being planned. However DUP and UUP support the rush to slash CT but might this end up breaking the Union? Now read on…

A potentially serious mistake in the Budget is the proposal – not yet confirmed – to allow Northern Ireland to levy the same level of corporation tax as its neighbours in the Republic.

George Osborne signalled that corporation tax in the UK is to fall to 23 per cent over the next four years but this is still double the rate levied by the Dublin government. And now the Treasury has launched a consultation exercise to determine whether Northern Ireland should be allowed to match that rate – half that of the rest of the UK.

Owen Paterson, the Conservative Northern Ireland Secretary, is backing the move as are most businessmen in the Six Counties and the behind-the-hands whispers from the Treasury indicate that they’re likely to grant the change. This may well be of benefit to the Northern Ireland economy but, frankly, it would be a political disaster for the Union. If Mr Osborne does allow such a dramatic reduction in the level of corporation tax to be levelled by the Belfast Assembly, then there no absolutely no way that he can deny it for the Scottish Parliament. In that, Scottish First Minister Alex Salmond and John Swinney, his finance minister, are absolutely correct.

If the Scots get it, then there is little doubt that the Chancellor would have to allow the Welsh Assembly to go the same way. And if that does happen, is there any way that the regions of England – especially the hard-pressed North West and North East – could stand and watch all inward investment heading to Northern Ireland, Scotland and Wales, without demanding the right to reduce their company taxes to the same level as the Celtic fringes? It may a bit far-fetched to suggest, but we could be left with a situation where only the South East charged the full whack. And what price a United Kingdom if we get to that situation?

Unionists seeking to harmonise Northern Ireland CT with the Republic – so breaking the fiscal bonds that bind the UK – may yet end destroying the Union.

19 thoughts on “COULD UNIONISM BREAK THE UNION?”