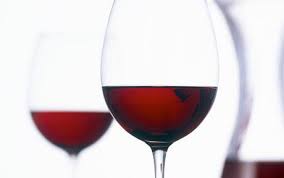 Should be 0n the BBC Nolan Show tomorrow morning, all things being equal, to debate the draconian proposal from Minister Alex Attwood to further reduce the amount of alcohol a person can have in their system whilst driving. Here are some key thoughts;

1. Attwood is doing this to bring NI into line with EU legislation, plain and simple. It would also harmonise NI law on this issue with that of the Republic whilst separating it from the rest of the UK. I’m sure Nationalist Mr Attwood will not miss the constitutional significance of that. Nor did I. At a time when Euroland is in crisis, his enthusiasm for Euro-legislating is touching. The rest of the UK is keeping current limits. Are we saying that they do not care about road deaths resulting from drinking alcohol?

2. On the FACTS, as opposed to the emotions, can someone please explain to me how many of the 75 deaths attributed to drink drivers over the past 5 years were caused by those having between 50ml-79mg/1oom ml of blood? If there is a causal link, I am interested. If not, then on what basis is this lowering proposed? I know that groups like the BMA and NICE support this reduction but it’s interesting to read their repeated use of the word “may” in their recommendations. They don’t seem to avoid “may not”.

3. This legislation will criminalise a whole new group of people. Suppose you go out for a meal of an evening. You do not drive because there is a nominated driver.  You have a couple of glasses of wine with a meal and that is it. Next day, under the legislation proposed, the Police randomly stop you as you drive to work. (In itself this is a further advance of State power and removal of individual liberty). You show that you have 5omg/100ml blood in your system. You’re nicked, pal – off to jail with you. Suppose you just stay at home one evening and have a few bottles of beer. Next day – your blood levels are still raised. You’r nicked, if caught for the sin of drinking at home. So the only way to prevent such an outcome is stop drinking entirely. First they came for the smokers, and now they are coming for the  drinkers. It’s what Nanny State does, it’s all the NI Executive is capable of doing.

4. WHY should the PSNI be granted the right to stop any citizen who is driving in a lawful and careful manner? Is Stop and Search law OK when it comes to drivers but not thugs on the street? I seem to recall the SDLP opposing this sort of draconian resort when it was employed against street crime, but is it now OK when applied to drivers?

5. I understand 40% of all drink-driving accidents involve those people 40% OVER the 80mg/100ml limit. How are these culprits affected by this new draconian law? They’re  not. So, the worst offenders carry on regardless. Speed cameras do not catch these fools, so we would do better to have more proactive traffic policing specifically targeting  erratic driving.

55 thoughts on “THE DRINK-DRIVE DEBATE”