It truly is amazing what….

CRIMINALISING THSE WHO PROTECT US!

SO WHAT’S THE PROBLEM?

THE COST OF HUMAN RIGHTS

EUROPEAN COURT ARE HOMOPHOBES OR HEROES? 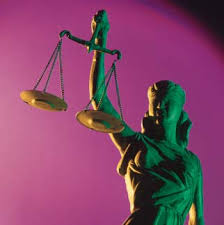 Corneliu Barson, the Romanian judge at the European Court of Human Rights  — that’s the court that is so keen to interfere in British justice that they’ve even ordered the Government to give convicted foreign murders the right to have a family life in Britain — has claimed diplomatic immunity for his wife, who is a judge at Romania’s top appeals court.

Gabriela Barsan is under investigation for alleged corruption — said to include receiving jewellery, airplane tickets and expensive restaurant dinners — in exchange for favourable verdicts. But her husband now claims that the search of their home by prosecutors, and the seizure of his wife’s computer and documents, violated the Vienna Convention.

Mr Barson was not a judge before he became a European Human Rights Judge. That’s the way it works in the EU. However his wife IS a Judge and an allegedly very corrupt one so he husband is using the Human Rights legislation to cover her tracks. Ain’t life grand in the EU?

3 thoughts on “IN THE LAND OF HUMAN RIGHTS…”