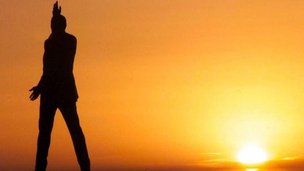 And so, the politicians collude with the media to bring about another “break through” at Stormont. It’s enough to give you a breakdown! Last night, those high powered Ministers met at Stormont and were prepared to “work through the night” to agree on a Programme for Government (currently 4 years late) The media could barely conceal their child-like excitement. Would our brave politicians be able to “agree” and gain the “breakthrough”? No one asked why these intrepids could not have worked through the day. The truth is that this is blatant media manipulation and yet everyone plays along with it.

And then, the laughable summary of what has been agreed.

With the economy the number one issue, the Executive has decided it is going to create at least 21,000 by 2014. Yes, this has been decreed by our betters and thus it will happen. It almost seems cruel to point out that DUP/Sinn Fein have presided over the loss of 20,000 jobs in the past four years. Quite HOW these jobs are to be conjured up remains a great mystery but I am sure that Arlene Foster can be relied upon to provide further magic clues later today.

Another exciting policy agreed upon is the implementation of the Education and Skills Authority (ESA). This Sinn Fein driven project will ensure that academic selection is removed from our Education system, as the ESA CEO Gavin Boyd has explicitly spelt out. So, just so we are all clear, the DUP collude in the final destruction of the NI Grammar School system, despite their pledges to the contrary.

Other little gimmicks include a “guarantee” of one “free” year pre-school education, and grants to double glaze housing executive houses.

I will await the full details of the PFG but the Lilliputians at Stormont have once again shown a failure to confront real issues and instead tilt at their windmills.

12 thoughts on “THE THEATRE OF THE ABSURD…”