THE ANTI-ISRAEL US AMBASSADOR

LITTLE MOSQUE ON THE PRAIRIE 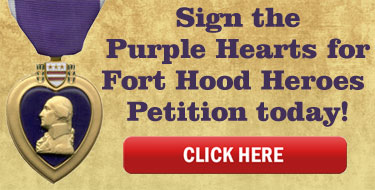 Is there anybody out there who thinks that the massacre at Fort Hood by the Allahu Akhbar shouting Islamist Major Hasan was actually “workplace violence”?

“Barack Obama has just done something truly disgraceful! He’s declared the 2009 Fort Hood massacre — where a radical Islamic terrorist killed 13 American soldiers and wounded 29 more — “work place violence,” not a terrorist attack.  This means that these men and women are denied the military medals they are due — like the Purple Heart — for their deaths or injuries during the attack by a radicalized Muslim combatant. The way I see it, these soldiers put their lives and their bodies in harm’s way in defense of our freedom. But instead of recognizing them as heroes, Obama is treating them like they are civil service employees who just happened to be in the way when a random accident occurred!Here is a petition to sign if you think it was not work place violence.”