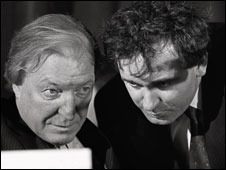 Had to smile at this;

Irish political party Fianna Fail has said it will seek to expel its former leader and prime minister Bertie Ahern in the wake of the Mahon Tribunal. The tribunal found that Mr Ahern failed to truthfully account for a number of financial transactions, but did not make a corruption finding against him. Mr Ahern said he had never “received a corrupt payment”. However, the party said the findings regarding Mr Ahern constituted “conduct unbecoming a member of Fianna Fail”.

So, he is being sacked for his honesty? It strikes me he was well educated by his predecessor Charlie Haughey.