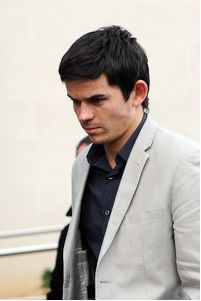 It’s not such a laugh now, eh?

Liam Stacey, a 21-year old Biology undergrad, has been banged up for 56 days after pleading guilty to a racially-aggravated public order offence. After drinking all day he decided to mock Fabrice Muamba on Twitter as doctors tried to keep him alive on the pitch at White Hart Lane. When others took offence at his comments he carried on, said some pretty unleasant things, whereupon the police received complaints and now Stacey’s doing time. You can see his comments here.

Granted, he was a prat and said some unpleasant things, but 56 days? You can get a suspended sentence now for assault or rape, but as Ed West says, all sense goes out the window when race is involved. It’s the prism through which the ruling class sees all and the excuse for constraining so many of our liberties. So no, despite his remarks being uncharitable and unpleasant, Stacey should not now be in prison. If he was inciting violence against anyone it was against himself.

Having his face plastered all over the press is a well-deserved punishment, as should be the approbrium of society and his father’s boot up his backside. But banged up for being a twat? That’s not it. He’s been banged up for a thought crime.

60 thoughts on “WHEN BEING A TWAT IS PUNISHMENT ENOUGH”