‘containers must hold no more than 100ml’

But you only need the light when it’s burning low

it is good to remember our friends, as well as the…

FLOWERS IN THE DIRT 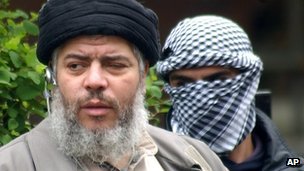 I”m not impressed but I am relieved to read this;

The European Court of Human Rights has backed terror extraditions from the UK to the United States. The Strasbourg court held there would be no violation of human rights for those facing life and solitary confinement in a supermax prison. The court sanctioned the extradition of Abu Hamza, Babar Ahmad and three others.

And which dangerous country had requested the deportation of these alleged Jihadi? Which rogue nation needed the ECHR to consider whether it was capable of providing a fair trial?

It is shameful that we sought permission from this Euro-Court to deport terrorist suspects wanted by our closest ally.

As I say, I view the ECHR with complete contempt BUT I am still happy that Hamza and the crew are going west!