WHEN IRISH ANTI SEMITES ARE SMILING 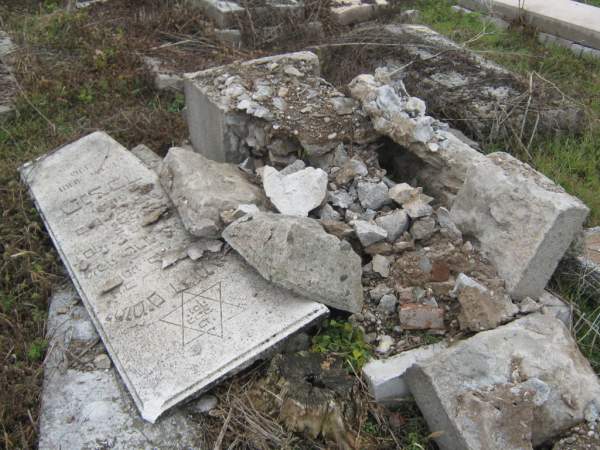 Germany still seems to have a trouble with Jews.

“Recently Jews have become increasingly under pressure in Germany. Dozens of graves in the Jewish cemetery in the city of Anklam in Western Germany were desecrated last week. Police said the gravestones were smashed, and several were completely removed from their graves. Graffiti was sprinkled on some of the headstones. Local reports said that authorities had opened an investigation and sought witnesses.These latest attacks comes just weeks after a German court outlawed Jewish circumcision by saying it is a crime just like assault and will be punished.”

I wonder who does this desecration. Is it a new wave of Nazi type scum? Might it have any connection with the 4 MILLION Muslims that now reside in Germany? (Compared to 250,000 Jews) I do not know but I am sure that attacking Jewish graves is an unspeakable evil and Germany should be doing all it can to make life easier for Jewish people who live there.

82 thoughts on “THE TROUBLE WITH JEWS…”