Oh, my…  will “Global Warming” Conference Boondoggle attendees  get home in time for Christmas Diversity Day?!? 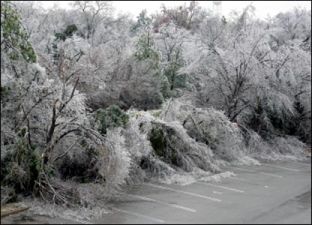 "It’s a big one, a dangerous one," Environment Canada climatologist Dave Phillips told CTV, adding that more heavy snow was expected.  "Just because you have this one storm doesn’t mean we’re into the winter from hell, but my gosh, it’s certainly started that way…

…The snowfall comes less than a week after an ice storm claimed 38 lives in the Midwest, most of them in road accidents. Tens of thousands of people in the affected areas of Oklahoma, Kansas and Missouri still have no electricity.