Reader Typhoo rightly points out that ATW is neglecting  this important news breaking.  As a Californian, I don’t feel in any way qualified to provide commentary on this but I quote from the BBC and open up the discussion to interested readers.  BTW: David will return soon from vacation.
From the BBC:
"Man not guilty of Omagh murders 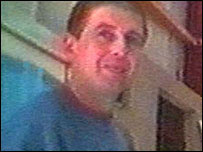 A Northern Ireland man has been cleared of the murders of 29 people who died in the Omagh bomb attack in 1998.

Sean Hoey, 38, of Molly Road in Jonesborough, was found not guilty of a total of 56 charges, including those not directly linked to the bombing.

Speaking at Belfast Crown Court, Mr Justice Weir was critical of police evidence and said they were guilty of a "deliberate and calculated deception".