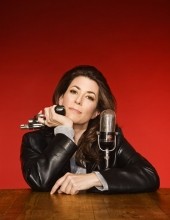 Tammy Bruce, lesbian-feminist, served from 1990-1996 as  president of the Los Angeles chapter of the premier feminist organization in the United States, the National Organization for Women (NOW).

Thoughtful,  intellectually honest. and a contrarian, Bruce writes against the group-think of the Feminist Establishment, expressing her views on the “abortion” issue as it stands today:

“Establishment feminism has not only ignored the issue of personal accountability, it has encouraged a cultural anarchy when it comes to how we lead our lives.  Instead of lifting women up and out of sexual objectification, the abortion rights effort has forced them to condemn themselves. Feminists focus on abortion as something that women should have not just with ease, but with pride.  Yet they ignore promoting sexual respect and responsibility. (my emphasis)

The epitome of this monumental failure and condemnation of women is the fact that today abortion rights is still an issue! Any reasonable person and certainly reasonable feminist must ask: “Why, in the world where birth control is affordable and easily accessible, where Planned Parenthood has been around for almost a hundred years, are there still so-called unwanted pregnancies in the first place?”

With our modern knowledge and science, there is absolutely no reason for abortion even to be an issue in our lives.

Unless, of course, it’s the only issue with which you can organize and fund-raise. Think about it – what has been the only issue you’ve been hearing about from the feminist establishment for the past twenty years? Abortion. It is an issue perfectly suited for the Malignant Narcissists running the depraved status quo in Leftists groups such as NOW , the Feminist Majority and Planned Parenthood.

When presented properly, the abortion rights mantra gets money to pour in as women flock to fend off the Great Oppressor who wants you barefoot, pregnant, and in the kitchen.”  (my emphasis)

My prediction?  As the curtain is pulled on the abortion issue,  a new issue will appear for feminists to rally round.  I predict that this issue will be rape and, as depraved as this might seem,  rape statistics and issues will be used for  fund raising and for promoting the continuance of feminist groups that long ago should have been disbanded.

The Tammy Bruce quote above is from her book, “The New American Revolution: Using the Power of the Individual to Save Our Nation from Extremists.”  She blogs at   tammybruce.com

21 thoughts on “Depravity of Feminist Politics”