and repeat after me: Labour is for the Working Man

and I will walk away from all ‘photo opportunities’

And the difference between him, and him; is…

Nothing to see here; move along, please! 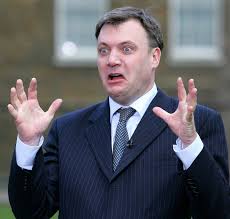 Ah, Labour’s Ed Balls, the man who was such a close adviser to Gordon Brown as he racked unprecedented national debt, has a big idea. He is going to guarantee a job for the long-term unemployed, if his party is re-elected.

Shadow chancellor Ed Balls said the scheme would be paid for by restricting the tax relief on pensions for those earning over £150,000 a year, The party has pledged £1bn to enable employers to meet the cost of hiring the 130,000 people who have been out of work for more than two-years. But the Treasury says Labour is trying to spend the same money twice. It says Mr Balls had already earmarked cuts in pension tax relief to reverse austerity measures.

Look, that is but a minor detail to an economic  visionary such as Balls. In fact, the idea of punishing the “wealthy” by restricting their pension provision is surely an extra bonus for determined wealth re-distributors such as Balls!

Labour has one purpose and one purpose only. To say whatever it takes to persuade voters to put them back in power in 2015.

If this means denying austerity, fine. If this means conjuring up non-jobs and introducing a little class warfare, fine.

Labour all but bankrupted the UK and now the same people are back with solemn faces, doe eyes and a big “trust me” look on their faces.

I believe the electorate is stupid enough to bring them back to finish the job they started – the destruction of the UK. Magic jobs will convince some people to vote for them.