Put your thumb in the Dyke

Internal State Security, still in some kind of build up frenzy, has just loaded up with 2717 of these Mine Resistant Armor Protected Vehicles (MRAP) for use in the United States – 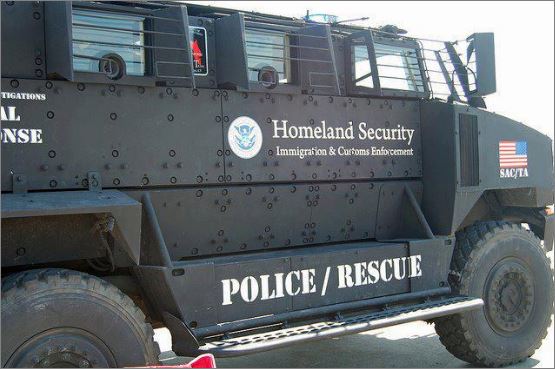 According to the manufacturer: “The MaxxPro MRAP is built to withstand ballistic arms fire, mine blasts, IEDs, and other emerging threats. Its V-shaped hull helps deflect blasts out and away from the crew and its armoring can be customized to meet any mission requirement.”

Whatever are they expecting?

37 thoughts on “MEANWHILE, IN THE LAND OF THE FREE”