THE BIGGEST SCAM OF ALL….

OUT GO THE LIGHTS… 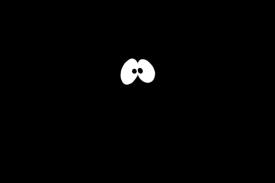 Excellent article here by Chris Booker flagging up the extraordinary dangers we face from an energy policy driven by eco chimeras;

‘As the snow of the coldest March since 1963 continues to fall, we learn that we have barely 48 hours’ worth of stored gas left to keep us warm, and that the head of our second-largest electricity company, SSE, has warned that our generating capacity has fallen so low that we can expect power cuts to begin at any time. It seems the perfect storm is upon us.

The grotesque mishandling of Britain’s energy policy by the politicians of all parties, as they chase their childish chimeras of CO2-induced global warming and windmills, has been arguably the greatest act of political irresponsibility in our history.

‘Three more events last week brought home again just what a mad bubble of make-believe these people are living in. Under the EU’s Large Combustion Plants Directive, we lost two more major coal-fired power stations, Didcot A and Cockenzie, capable of contributing no less than a tenth to our average electricity demands. We saw a French state-owned company, EDF, being given planning permission to spend £14 billion on two new nuclear reactors in Somerset, but which it says it will only build, for completion in 10 years’ time, if it is guaranteed a subsidy that will double the price of its electricity. Then, hidden in the small print of the Budget, were new figures for the fast-escalating tax the Government introduces next week on every ton of CO2 emitted by fossil-fuel-powered stations, which will soon be adding billions of pounds more to our electricity bills every year.

Within seven years this new tax will rise to £30 a ton, and by 2030 to £70 a ton, making it wholly uneconomical to generate any more electricity from the coal and gas-fired power stations that last week were still supplying two thirds of our electricity.’

What does this all mean? One day, soon, the lights will go out. In the meantime, you will pay more,  and all because of a political failure to confront eco-lunacy.

59 thoughts on “TURNING OUT THE LIGHTS…”