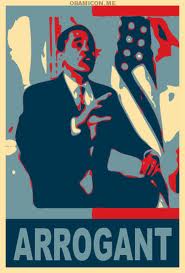 TODAY, hundreds of Parliamentarians will confirm their places in the dock at the Great Treason Trials of 2020 by voting for foreign rule over our Kingdom. A good time then to pass on some thoughts from a fellow patriot and one of the few Britons, it seems, who understands our Constitution:

Sometimes the most important thing we can do is remember who we are. It is often said that Parliament cannot bind its successor. The first thing I realized about this statement is it is never issued by any politician who wants to strengthen and expand our liberties. It is never accompanied by anyone saying, of course, along with this no binding business come the constitutional protections and settlements that a parliament cannot touch, much less demolish or repeal – trial by jury, freedom of speech, freedom of association, and the covenant between sovereign and people, to name just a few.

The second thing I realized – and you have realized this, too, I am sure - is that if fundamental constitutional principles can be repealed by Parliament, the people's freedoms cannot be protected, the practical defences of their liberties cannot be sustained, nobody is safe, and everything – our homes, jobs, futures – are at risk. To base your hopes on a Parliament unconstrained by the Constitution would be like starting a business with laws and agreements that were constantly decomposing, with no agreement you could rely on, no mortgage payments you could predict. It would be folly. The third thing I learned about this phrase is that it has a strange and unconvincing history. It was taken from Blackstone, who first used it when he was obstreperously young and criticizing the management of his university. He developed a case "against the power of any corporate body to bind its successors, 'who have the same right to repeal as the Predecessors had to enact'". Though it sounds sensible – why shouldn't you run your business differently than your father or grandmother did? The fact is, whatever changes you make, you will have to stick to some unchanging and unchangeable principles of law and accounting or you will become a bankrupt and face jail time.

In the same way, Parliament is bound and must act according to the tried and true British Constitution. As we have said, the British Constitution has been described as unwritten and non-existent though no less a person than John Adams called it "the most stupendous fabric of human invention in all history". Its key documents include the Coronation Oath, Magna Carta, the Petition of Right, the Declaration of Right and Bill of Rights, the Act of Settlement 1701 and the Treaties and Acts of Union. It is based on the common law. In the 19th century, and even up to World War II, it was unnecessary to say that whatever Parliament did, it had to act constitutionally. Everybody knew that.

The change occurred after the war (but the effort had begun as early as 1907). There seemed to be an unspoken plan not to mention the Constitution that governed the nation and that by law binds Parliament. Today we face the fact that Parliament is about to lay its collective head on the block by approving the EU’s Lisbon Treaty. In direct violation of the British Constitution, which declares that Britain cannot be ruled by a foreign power, and that the British people are the rightful owners of their laws, liberties and customs, Parliament seems prepared to make Britain and the British people subject to the EU. Like Alice in Wonderland we would like to be saved from this fantastic and oppressive future by Blackstone’s simple and robust sentence that "ACTS of parliament derogatory from the power of subsequent parliaments bind not." In other words, anything this Parliament does that diminishes the power of the next parliament cannot bind that future parliament.

If only disaster could be so easily averted! But the EU is becoming powerful. Capable of buying most government officials with high wages and pensions, establishing a corpus juris system of justice that deliberately omits protections for the individual and allows the EU to make political prosecutions, enlarging its police and giving them immunity from civil or criminal prosecution, expanding its armed forces until it controls navies and nuclear weapons, the EU will force any rebellious nation or parliament that has second thoughts to its knees. In considering the Lisbon Treaty the British Parliament has a simple decision to make – will it serve two masters and become a slave, or will it serve the British people and their free children under the British Constitution? Will it set us on an unmarked road full of dangers without our constitutional protections against absolute power? Will it expose our hearts to the woe and misery known by people who have no independence and no control over their own destiny?

9 thoughts on “The Ties That Bind”