MIND HOW YOU GO

TOM WATSON MP NEEDS TO SLEEP WITH ONE EYE OPEN

Its a question of choice:-

The Telegraph – Woolwich attack: Police let women risk their lives during wait for armed back up

The police response to the Woolwich terrorist attack has come in for further criticism after it emerged that uniformed officers allowed members of the public to intervene while they waited for armed back up. 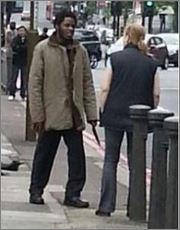 It took nine minutes for the police to arrive at the scene of the murder of Drummer Lee Rigby, a further five minutes for an armed response unit to get there. During that five minutes the police simply watched as three women confronted the Nigerians and attempt to comfort Rigby. Senior officers watched everything from CCTV cameras nearby. That the women put themselves in extreme danger is undeniable. The police knew it also, otherwise they would have moved in to make arrests immediately.

Should the police have taken immediate action instead of hanging back to ensure their on safety? Of course. This is why we must pay them. They’re getting danger money. It’s called a salary. But that’s all in the past. Now, even when they saw three women in immediate danger, they did nothing except protect themselves.

We know that when an intruder comes through the window the police are at least minutes away. We can conclude, from Wednesday, that even when they are on the scene, members of the public simply cannot rely on the police to confront danger.

50 thoughts on “ALWAYS THE LATE RESPONDERS”