The Boston narrative changes – yet again.

Ibragim Todashev was a friend of one of the Bostom bombers, Tamerlan Tsarnaev. While under questioning last week, he was shot dead by the FBI. At the time, it was reported that he attacked agents with a knife. Now we learn that he was unarmed. His father claims he was killed “execution style”, with a bullet to the head: 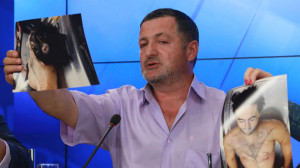 Damn shame for Todashev that is. Whatever he knew about the FBI/CIA links to the Tsarnaevs has gone to the grave with him. File this one under “tying up loose ends”.