THE FAUX MORALITY OF THE POLITICAL CLASS..

TO PROTECT AND SERVE – THEIR PAY AND PERKS 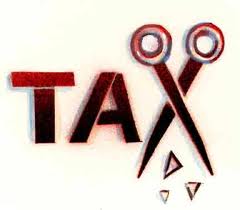 When it comes to the vexatious issue of tax, there is one simple lesson. if you want to get more TAX TAKE then you must TAX LESS.

Labour INCREASED the top rate of income tax from 40% to 50% in its dying year. It did this as class war and as a landmine for the incoming Conservative led Government. What happened? The tax take FELL.  In 2011, the Coalition cut the rate from 50% t0 45%. They were instantly berated by the left but what happened? Yes, the TAX TAKE rose by more than 10%.

Then reflect on this.

Capital Gains Tax was increased from 18% to 27%. You only pay CGT if you dispose of an asset. Guess what has happened? Yes, asset sales dropped by 76%.

Try Stamp duty. This has been raised to 7% on all properties sold over £2million. Guess what has happened. Sales have plummeted by 40% in one year.

The lesson is simple. If you impose PUNITIVE taxes, people will behave in a way to reduce their liability. If the State wants to harvest more tax, then it must CUT taxes.

It is so simple, so stunningly obvious, but socialists don’t get this. Their poster boy,  Francois Hollande, has INCREASED the top tax rate to a stunning 75%. France is currently in economic free fall with top earner LEAVING the country and moving their assets off-shore.

My view is that tax IS essentially institutionalised theft, the misappropriation of private citizens wealth to the almighty State, However IF the State has to take out taxes, let it do so in an efficient and modest manner. Tax us less and get more. What’s not to like about that?

18 thoughts on “TAXING FOR LEFTARDS..”