WHY IS “INNOCENCE OF MUSLIMS” SO HEAVILY DUBBED?

BREAKING: US AMBASSADOR TO LIBYA KILLED

The Bard got it right.

LIBYA ONE YEAR ON…

A NEW DAY DAWNS IN LIBYA? 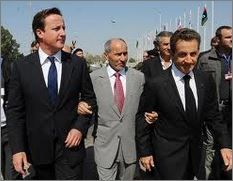 The great and the good were all agreed that Something Must Be Done on Libya. Cameron, Obama, Sarkozy, H.Clinton, Hague; they knew that “we” couldn’t stand aside, so they didn’t, and Gaddafi was toppled. Two of the triumvirs were so pleased with themselves they even toured the scene of their triumph after Gadaffi was buggered, literally and metaphically, by NATO’s Libyan chums.

But what of Libya today? Professor Yehoudit Ronen, a Libya expert at Bar-Ilan University in Tel Aviv, recently said that: “The post-Gaddafi Libya is a chaotic and violent state without political stabilization, without internal security for its people, without security on its borders.”

Asked who controls Libya, she said: “I would say…the armed militia. They have the last word, and the ruling institutions are helpless.

On the economic state of Libya, she said Libya “desperately needs foreign capital…to recover and rehabilitate its ruined systems.”

Wow, great job you did there, “leaders of the free world”. Yet another country reduced to chaos and catastrophe. How’s about another photo-op in Tripoli or Benghazi? No?

Well then, on to Syria!