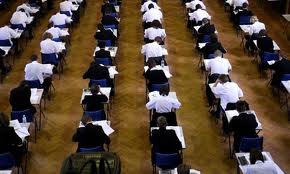 A decision will be announced later today which will be the effective death knell for academic based education in Northern Ireland. I have a personal interest in this so let me explain.

A decision on the future of the Dickson Plan, the system that selects pupils for grammar school at 14 instead of 11, is expected to be made later.

The Dickson Plan allows schoolchildren to attend junior high schools for three years, before transferring to grammar schools or senior high schools to complete their compulsory education. It does not operate elsewhere in Northern Ireland.

Earlier this year, Education Minister John O’Dowd told the Stormont assembly that the Dickson plan was “no longer fit for purpose” and change was required within the area Portadown and Lurgan colleges have opposed the proposed changes, which could see them having to accept any 14-year-old pupil, irrespective of ability.

OK, First things first. I went through the Dickson plan at age 14 and transferred to Portadown College, a grammar school.  My children also went to Grammar schools, though through a slightly different system at age 11.

Back in 1999, a public meeting took place in Craigavon Civic Centre on the future of Education. I took part and at that meeting I stated my belief that should Sinn Fein get into government, they would destroy our Grammar Schools. The local headmasters listened to my speech in studied silence. I was not applauded, Jeremiahs never are.

Instead, THEY said that they believed the “Dickson Plan”…which is a route at age 14 into Grammar education ..would not only be maintained but could indeed become the role model for all of Northern Ireland.  I couldn’t make out if they were just naive, selfish or  plain stupid. Maybe all three.

Anyway, they are now panicking as what I forecast comes to pass. The Grammar school ethos is about to be erased and it will START in the Dickson plan area. Schools will NOT be allowed to stream based on academic performance and we will have a Sinn Fein minister impose this. The fact that he himself comes from Lurgan is at least ironic.