In the spirit of Absolut, Tom McMahon created the following map: 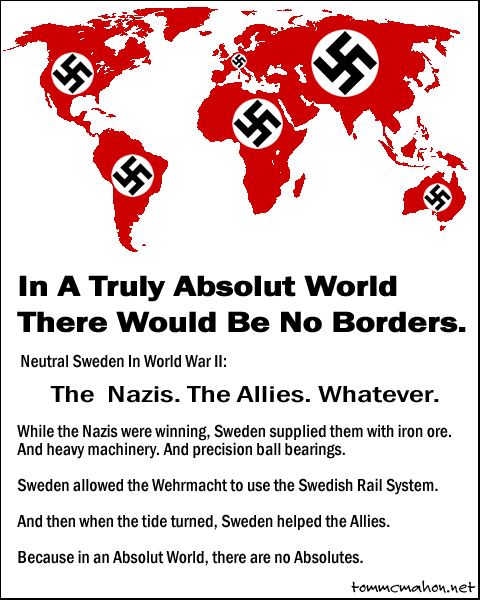 This map is spoofing a recent ad campaign launched by Absolut vodka,  created by Teran/TBW.  This “edgy” campaign sought to “erase the borders” in our minds. The campaign succeeded in angering many Americans; the photo spread for the Mexican market fulfilled the Mexican Reconquista’s fantasy. It showed a map where Western borders between the US and Mexico had been erased; Western US was pictured as the Northern part of Mexico.

I wasn’t angry when I saw the map.  But I was curious…if America was ever absorbed into corrupt and ineffective Mexico, what would indigent Mexicans do?  Where would they go for free medical care, schooling for their children and employment opportunity?

30 thoughts on “Spirit of Absolut”