TAX IT UNTIL IT BLEEDS….

HOW TO COLLAPSE AN ECONOMY – A BEGINNERS GUIDE 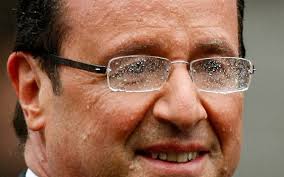 Zut alors but the French socialists think that MAYBE they cannot tax anymore!

France’s Socialist government has admitted that the country cannot cope with any further tax rises and promised no more hikes just days ahead of the country’s largest ever tax bill.

Ah, “just days ahead of the country’s LARGEST ever tax bill”!!!
What that REALLY means is that they are pretending they won’t raid any further  — until the dust settles. Since coming to power…

Mr Hollande’s government introduced over 7 billion euros of fresh taxes after coming to power in May 2012 and another 20 billion euros in the 2013 budget. In next year’s budget, the government says spending cuts will account for more than two thirds of the total deficit-reduction effort. But there will still be around six billion euros in new taxes.

Thatcher got it right when she said

“The problem with socialism is that eventually you run out of other people’s money [to spend].”

So it is in France. They voted in Socialists and all they know how to do is TAX.
Click to rate this post!
[Total: 0 Average: 0]
France

3 thoughts on “KEEP ON TAXING…”