John McCain – the Republican that Obama favours, has once again shown why he is such a disaster for the GOP.

While America’s most senior foreign policy and military officials made President Obama’s case for using military force against the regime of Syrian dictator Bashar al-Assad on Tuesday, Arizona Republican Sen. John McCain was busy playing poker on his iPhone.

A Washington Post photographer snapped an over-the-shoulder picture of McCain casually betting play money on his electronic cards, while Syria’s fate was the subject of passionate statements and often carefully manicured rhetoric. 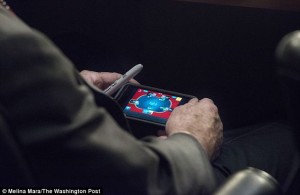 What a guy, huh?  John wants to ensure we give the “rebels” in Syria every military support, arm them, encourage them, help them win. Here’s a picture of Johnny’s heroes… 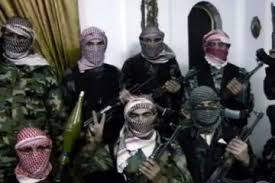 McCain was a loser in 2008, and you will recall I opposed his candidature back then. He is not “a maverick”  – he is conceited fool as this picture proves. The GOP are useless anyway, but the fact that they listen to him and the likes of John Boehner shows they are unfit to govern.