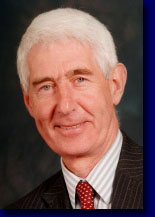 I commend this article from my former political associate, Robert McCartney, in last evening’s Belfast Telegraph…

Jeffrey Donaldson, who as an Ulster Unionist opposed David Trimble’s policies, is now adapting one of Trimble’s reasons for power-sharing with Sinn Fein, by trotting out the old bogeyman that if Unionists don’t do the deal something worse like joint authority is lurking in the woodshed.

Faced with the prospect of dissent within their own grass roots and the loss of the votes of anti-Agreement Ulster Unionists who switched to the DUP in the last two elections, the DUP ‘pragmatists’ had already devised a big stick with which to herd a fearful Unionist electorate into the polling booths on the party’s behalf.

They recognised that as the DUP and the Ulster Unionists were now both willing to enter an enforced coalition with Sinn Fein their policies were indistinguishable.

As a result, anti-Agreement Unionists would have no place to go to on election day and might stay at home or spoil their ballot papers. A scheme of electoral emotional blackmail had therefore to be devised to drive them to the polling stations and give Ian Paisley their vote.

But the electorate would do well to simply remember the pledge which that party gave in its general election manifesto last year: ‘Inclusive mandatory coalition government which includes Sinn Fein under D’Hondt or any other system is out of the question.’

Read the rest. Bob and I agreed more often than not on many local constitutional issues, and I am very pleased with his take on this.