The Prime Minister has sent out his official Christmas card, and how charming it is. It shows him and Samantha with their adorably pretty three-year-old daughter Florence Rose Endellion Cameron. You can see she’s pretty because her face is not pixelated. Let me explain. DowningStreet has sent out ferocious letters to newspaper editors explaining that photos of Mr Cameron’s children must on no account be published unless their faces are pixelated. In the same breath, however, it invites the media to reproduce Florence’s face prominently – in a Christmas card photo that bears no sign of photoshopping at all. Well, unless you count the suspicious disappearance of one of Dave’s chins, but I could be wrong about that. 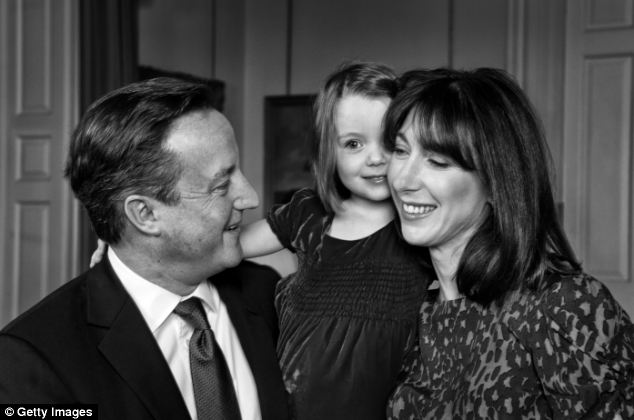 Using an innocent child for political ends…..Yes, he really is a true Leader.

12 thoughts on “Florence used by the Machine”