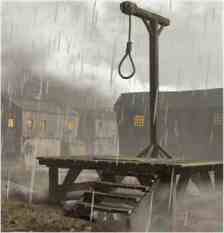 A political system resting on professional party politicians is clearly fatal to all liberty and national well-being.

Jack Straw, Sectretary of State for Justice (yuck) has published a government White Paper*on the funding of political parties which, a quick skim suggests, is in favour of the taxpayers being fleeced by the state to keep political parties in business. Who’d have thought that, eh?! With the Labour Party on the verge of bankruptcy and the three main parties all seeing their memberships in flight, I’m sure the option of shaking down the British people for the eternal right to dominate power is all just a coincidence. Raedwald is putting it under the microscope.

Political parties are integral to our democratic system is the drivel by which the paper is introduced. Political parties have no constitutional status in the United Kingdom at all. We elect named individuals to represent us in Parliament, who may happen to be in a party. Those parties are merely free associations of like-minded (and not so like-minded) individuals who are free to join or leave those factions as they wish. The existence of those factions is completely irrelevent to the functioning of British government.

Jack Straw can yap and bark and howl for as long as he likes, I will never consent to my money being used to keep these liars and cheats and criminals in business. I will avoid, hide and evade taxes. They can put me in prison and I still will not consent to paying these vermin a penny.

* For ATW’s overseas chaps, a White Paper is commonly used by government to set out policy ahead of a Bill being introduced to parliament.