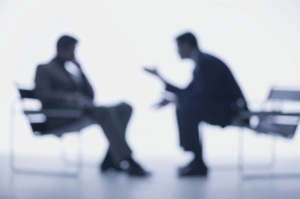 In the world of politics as practiced now, which here includes all those who consistently express any partisan point of view. or, God help us all, the world of blogs, a few harsh rules prevail.

Your side is correct, and the other side is wrong.

You are virtuous, and the other guy is a dunce or a crook, or both.

Compromise is the most dirty word. You bludgeon the poor dumb bastard into seeing things your way.If he fails to see the light, you say bad things about him. At no point can you or should you consider the possibility that he has a point, even a small one.

I negotiate for a living. In the world of business, which has nothing to do with the black and white netherworld of political hyper partisans.

I work in a specialized part of the financial services ( insurance ) industry. I create a bespoke series of contracts where, if everything goes to hell in an insured loss, companies in America, London, Bermuda and other places will lose up to $1 billion dollars. I stand between tough, smart, demanding corporate customers in the retail, mining, finance, chemical, media, and other sectors, some of the names all of you might know, and equally tough, smart, demanding, insurance companies. Everyone wants the deal to happen. I, and the companies I represent, want to pay a small amount of money, while the insurance companies want to charge more money. The deals are renewed every year. Some negotiations take nine months. For some complex risks, I think of where we will might be three years from now, and what we should all be doing then.

You know what I notice in this world of business negotiation?

In my business world, all parties generally respect the others. No one shouts. Every party states their case, and their arguments are always carefully considered by the others. No one thinks that they are entirely right, no one says that the other guy is wrong. It is really unusual to hear anyone say that the other party is dim, and I’ve never heard of anyone calling the counterparty a crook. And every last one of my deals ends in a compromise where no one gets everything that they wants.

The world of politics, including the purely political spins on say matters of taxation, economics, regulation, emigration, environmental things, including global warming, as these things are heard in the media, are a manichaean world whose proponents are certain that they are 100 percent in the right and where the other side is a moron who is completely in the wrong.

The hyper partisans among us should take a lesson from the world of business. Defend your position, but listen to the other party. And don’t be so sure that you’re 100 percent in the right – you almost certainly are not. The other person may actually have a point, if you can possibly consider that as a possibility.