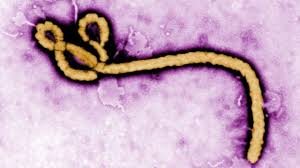 A nurse quarantined on her return to the US from treating Ebola patients in Sierra Leone has criticised the way she was dealt with at Newark airport. Kaci Hickox said the experience was frightening and could deter other health workers from travelling to West Africa to help tackle the Ebola virus. Illinois has become the third state after New York and New Jersey to impose stricter quarantine rules.

Meanwhile the US ambassador to the United Nations is to visit West Africa. Samantha Power will travel to Guinea on Sunday, continuing later to Liberia and Sierra Leone – the three worst-hit countries.

Ms Hickox can whinge all she wants but quarantining is the ONLY sensible route to take and IF it deters others from travelling to West Africa that might be seen as a good thing. I am amazed that the Obama regime had to be PROMPTED to suggest quarantining those who are coming back from Ebola infected areas. Didn’t ANYONE see the problem???? Of course there is the argument that suggest that Samantha Power and her entourage should ALSO be quarantined if they choose to travel to areas where this dangerous disease appears to be rampant.

When you deal with this sort of contagious infection no chances should be taken and yet the Obama regime seems to have been remarkably laid back in its initial approach. “No Drama” Obama might seem like a catchy slogan BUT when you have ebola in Harlem then you have a problem that COULD have been prevented.