Only government can get away with forcing you to pay for something and then delivering it once a fortnight. Tonight is “recycling night” in these here parts. Every two weeks we put the empties into a green bin and leave it out to be taken away early next morning. It looks a bit like this – 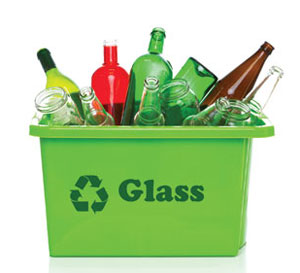 The “normal” bin gets emptied weekly, so that’s out as well. There’s a third bin we have, a large green eco thingy which I see that people put out every fotnight. I don’t know what they’re for; I chuck all my rubbish into the normal black one. So I’ve never used my big, green eco-bin thingy. Tell a lie, I did use it once. I needed to check the choke on the shotgun, so I used it to see the spread pattern of the pellets, and now it’s full of tiny holes anyway.

But I’ve just had a stroll around the village, the recycling tubs are full, and I’ve just noticed that there’s an enormous amount of glass out there. It made me smile, because it suggests that most of the village is pissed by 9pm and that alot of my neighbours don’t pay the slightest attention to government drinking guidelines, and it’s always good to ignore the government.