Have all your dividend earnings been declared? 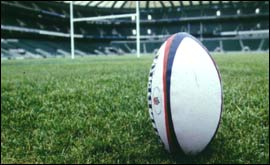 Hi All – just back from my Rugby weekend in Cardiff.  Mind you, Cardiff was actually full so we stayed in Bristol. I had decided to support France – Allez Les Bleu – on the basis that I figured the New Zealand team would probably wallop them and I prefer to support the underdog and so it is that I must confess to you all that I waved my little French Flag, and donned a French Beret, and cheered on Les Bleu! I became French for the evening!! Zut alors.

First half it looked like the All Blacks would cruise to victory but second half France played a blinder and thoroughly deserved their victory. Some of the tackles being put in were brutal but as with so much sport it is the team that shows the greater will to win that comes through.  The French fans were also highly entertaining and dare I say it ratherr LESS arrogant than some All Black enthusiasts. So well done France. I wasn’t overly enamoured to hear All Black fans cheering on Australia against England in the afternoon game!

Finally, I was pleased to see England winning against Australia and next week, they will meet France in the semi-final. I will of course be supporting England next week and hope they can produce a famous victory to get to the Final!

13 thoughts on “THE DAY I BECAME FRENCH!”