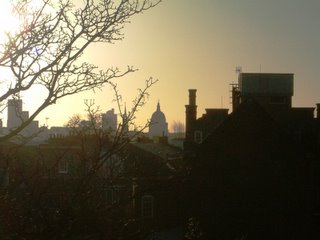 I love Pub Philosophers yearly rants on this topic. Its so true. This weekend the clocks go back. I hate the nights drawing in so early.  Click on over – an argument with supporting graphs and everything!…:-

It’s late October again so it’s time for my annual rant about putting the clocks back. This weekend we will go through through the tedious ritual of plunging ourselves into five months of early darkness. Last week, yet another study was published showing that the switch to GMT means that more people will be killed and more electricity used.

These conclusions should not be a surprise. As I said two years ago, twelve o’clock is no longer the middle of most people’s working day and it is nowhere near the middle of their waking hours. To have the middle of our daylight at twelve o’clock means that we waste daylight in the morning that would be more useful to more people in the evening. There are fewer people up and about in the light early morning hours than in the dark drive-time after five o’clock. As you would expect, and as Dr Garnsey has demonstrated, because more people are up and about in the dark evenings, they use more electricity and have more accidents.

It made sense for the middle of the day to be at twelve o’clock in 1880, when GMT became the legal standard for the UK. 120 years ago, a far greater proportion of the population still worked on the land and their working days were governed by the sun….So, as you fight your way home during the gloomy evenings to come, don’t curse the darkness, curse the idiots in our legislature who have condemned us, once again, to five months of unnecessary misery

38 thoughts on “fall back: a worthy rant”