Whatever happened to British liberty? We were once a people who instinctively bent toward it. Not anymore. Decades of Left-Liberal hegemony has resulted in everyone calling for everyone else to be monitored, checked, questioned, arrested and prosecuted and ruined for life. This even for the most mild of disagreements or tiffs.

Lord Sugar retweeted this image of Corbyn, which sparked every commie in the land. They’re actually calling for Sugar to be arrested. Some say it’s a call to violence against Corbyn. Jeez, it’s not as if it lacks a germ of truth. It’s this bunch which want to be in power after the next election. Some say they’ll turn us into East Germany. In truth New Labour and the Tories have taken us a long way there already. 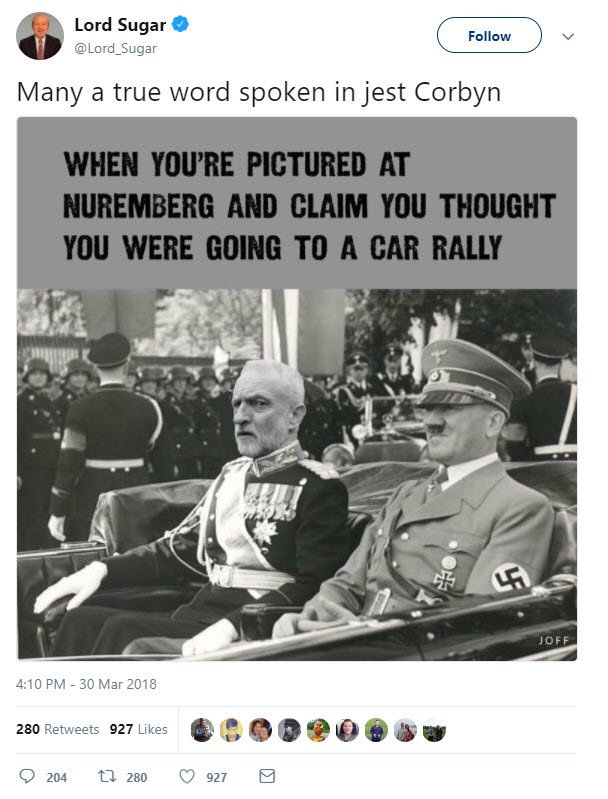 8 thoughts on “CORBYNISTAS ARE FEWMIN”