13And after certain days king Agrippa and Bernice came unto Caesarea to salute Festus. 14And when they had been there many days, Festus declared Paul’s cause unto the king, saying, There is a certain man left in bonds by Felix: 15About whom, when I was at Jerusalem, the chief priests and the elders of the Jews informed me, desiring to have judgment against him. 16To whom I answered, It is not the manner of the Romans to deliver any man to die, before that he which is accused have the accusers face to face, and have licence to answer for himself concerning the crime laid against him. 17Therefore, when they were come hither, without any delay on the morrow I sat on the judgment seat, and commanded the man to be brought forth. 18Against whom when the accusers stood up, they brought none accusation of such things as I supposed: 19But had certain questions against him of their own superstition, and of one Jesus, which was dead, whom Paul affirmed to be alive. 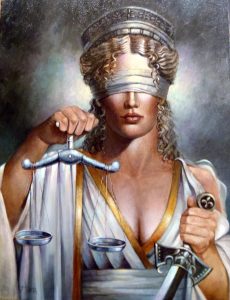 This has now ventured deep into the very heart of the Law.  As shown in the verse above ALL People have the right to face their accuser. To know the accusations against them. Back to the days of the Romans this has been True.

Judge Kavanaugh is not awarded that basic human right. He must defend himself before he has been accused. Before he knows the true and full nature of the charges being brought against him by his accuser.  High officials our stating his Guilt even before one word has been spoken under oath against him. Guilty Until Proven Innocent.

Senator Gillibrand believes Judge Kavanaugh’s Guilty before ever hearing a single word from Ms. Ford and these are her reasons why:

“I don’t think he’s qualified because of his record on women’s issues, specifically. He doesn’t believe that women should have the ability to make decisions about their reproductive freedom. He believes that your boss should decide whether or not you have access to birth control. And if he has this history, then he is unfit for the court, and he doesn’t have the character or integrity.”

Gillibrand concluded by stating of Ford, “I believe her. Her story is credible. If you listen to everything about it, the fact that she told her therapist about it five years ago, a friend most recently, she told a reporter before Kavanaugh was even named to be a nominee. This is a woman who has endured trauma, and — as experts have said, this is what trauma looks like. These — it gets relived much later in time. A lot of — you don’t remember everything, you remember the most poignant moments.”

Christine Blasey Ford and her Attorney are DEMANDING that this is now the Standard of Law. Her and her team state that she will not testify unless Judge Kavanaugh testifies in his defense first.

Not only are you Presumed Guilty and must Prove your innocence, you must do so before you know the nature of the charges.

That is the Standard in a Totalitarian System of Law NOT our Constitutional System.

We must hear the accusers accusations under oath and hear the defendants defence under oath. Impartially judging each on their credibility. That is the basic standard of Law in all civilised nations back to the time of Rome.

However the Democrats NO LONGER believe a man is innocent in regards to sexual misconduct. He is automatically guilty. He must PROVE his innocence.   Why? Because he is an Old White Male and a Republican. A guilty evil predator no matter what his lifelong record shows.

If we have learned anything over the past 10yrs the Democrats support a 2 tier Justice System. One for them and a Lessor one for everyone else. These people are a cancer. If they are allowed to continue this abuse of Basic Human Rights the Republic is doomed.