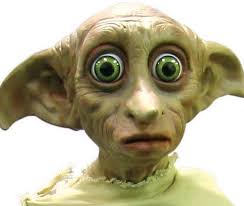 Interesting to see that over in Russia subordinates have begun openly to defy Putin, a man whose diktat has inspired fear and awe in the echelons of power for nine years, according to government sources. Meanwhile a rift is emerging between Mr Putin and President Dmitry Medvedev, the figurehead whom he groomed as his supposedly pliant successor.

As Russia’s economy begins to implode after years of energy-driven growth, Mr Putin is facing the germs of an unexpected power struggle which could hamper his ambition to project Russian might abroad. Mounting job losses and a collapse in the price of commodities have triggered social unrest on a scale not seen for at least four years, prompting panic among Kremlin officials more accustomed to the political apathy of the Russian people. The unease was deepened yesterday after thousands of protestors marched through the Pacific port city of Vladivostok and other cities, including Moscow, demanding Mr Putin’s resignation for his handling of the flailing Russian economy.

Russia is a demographic basket-case and the impact of the economic recession may well accelerate the fall of the Russian bear and Czar Putin.

10 thoughts on “CZAR PUTIN UNDER PRESSURE..”