Some people are desperate to import American race politics into the UK. Many of them were in Trafalgar Square today demonstrating about George Floyd’s death. 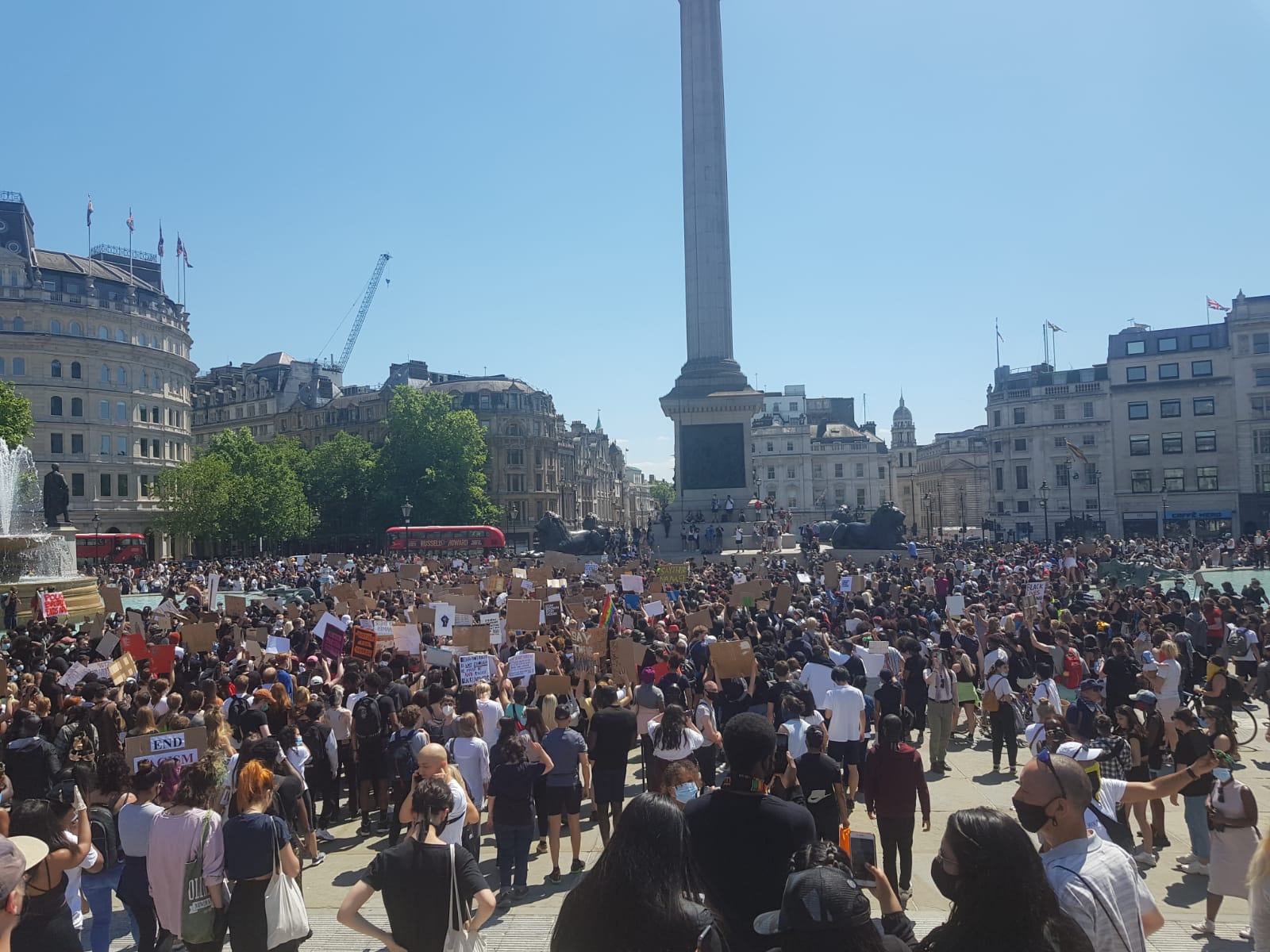 You might wonder what George Floyd and American rozzers have to do with the UK. Nothing of course. What the police do in Minneapolis is no more relevent to the UK than what the police do in any other country. This is a power play by the left’s race hustlers. Think of it as a business development scheme for the permanently aggrieved. They can’t stand peace, wealth and harmony. They want and need poverty and division because it feeds them.

When people go to the beach, or demonstrate against the government’s lockdown and distancing rules, the usual suspects get the megaphones out to denounce these “Covidiots”. They are strangely quiet when a couple of thousand different people got all close in Trafalgar Square. Funny that.

29 thoughts on “THAT’S THEM DOUBLE STANDARDS”