In front of the French Embassy in London today, where muslims demonstrate their usual standards of self-awareness. Hot on the heels of yet more Islamic murder they gather to demand that we respect their values. Islam produces the whinest people. 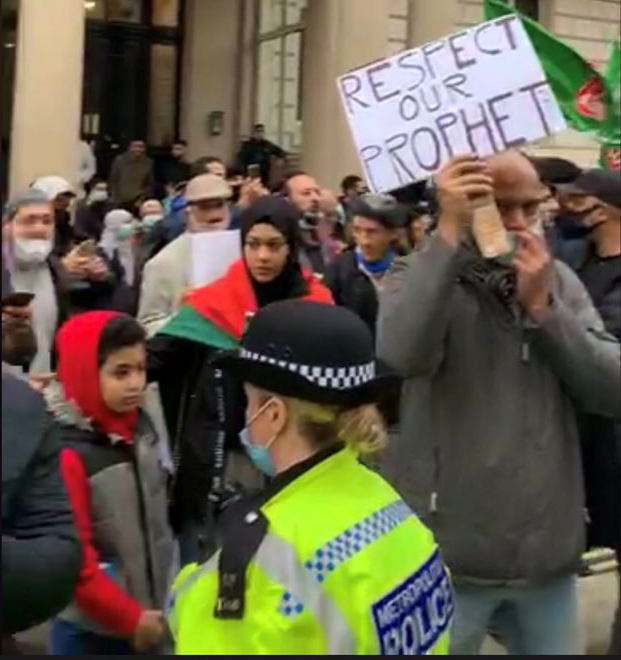 No, I don’t respect their backward beliefs, and I don’t have to. We have free will and freedom of speech in advanced societies. So Abdul is bang out of luck because his values are incompatible with ours. So he will have to back down or leave.