Whether or not you agree with Professor Carl Heneghan is irrelevant. That he is renowned and ought to be heard is very much relevant. He is a GP (a physician, in colonialese), the Professor of Evidence-Based Medicine at Oxford University and the Editor of the BMJ’s Evidence-Based Medicine journal. Not good enough for Facebook’s “fact-checkers”. My goodness, their inner Stalin is bursting out now. 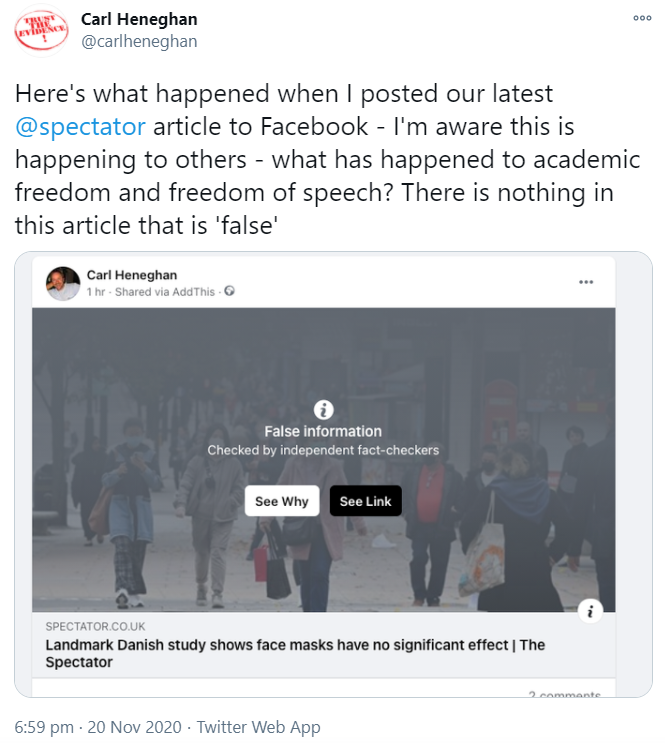 11 thoughts on ““LISTEN TO THE EXPERTS”, THEY SAY”