Man Utd fans broke into Old Trafford before their match with Liverpool today and got onto the pitch. It’s fair to say they’re the ugliest scenes at Old Trafford since the Neville brothers were playing. The outcome is that one of the biggest games in the world is postponed.

Although the European League has been shelved fans have got a taste for protest and some (at Arsenal and Man Utd especially) want their absent club owners gone. This isn’t the way to do it. It was largely peaceful but some yahoos get too excited in the moment. It’s a criminal act to go onto a professional football pitch uninvited. All stadiums are full of CCTV so most of this lot will be identified. The 6.00am knock will be heard all across Kent and Surrey in the coming days. I sympathise with their cause, but when you put a toe over the line you shed any moral justification. 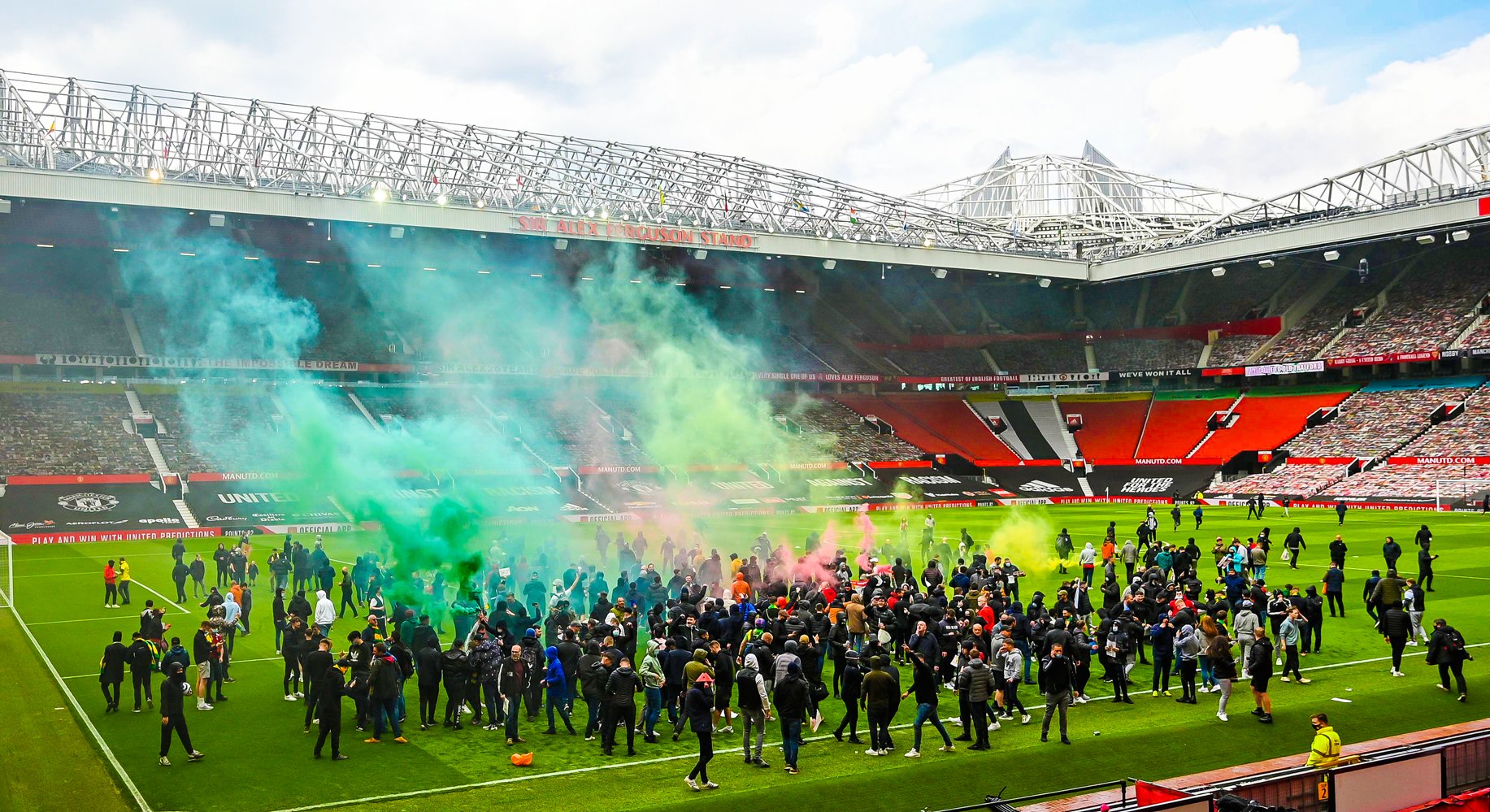