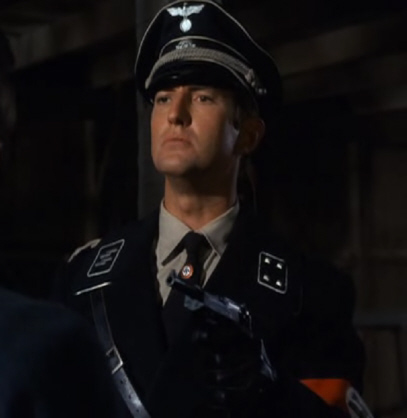 As Police are being Defunded all over America by Democrats Nancy Pelosi just increased the budget of the Capital Police by $2 BILLION Dollars.

The Capital Police is not a real police force, it is the Security Force for the Capital Rotunda. A little more than rent-a-cops who get their jobs through connections with a member of Congress. Chris Mathews was a Capital Police officer before he worked for Tip O’Neil. It is a Patronage Job…. or at least it was until now.

The United States Capitol Police (USCP) is a federal law enforcement agency. The USCP safeguards the Congress, Members of Congress, employees, visitors, and Congressional buildings and grounds from crime, disruption, and terrorism. We protect and secure Congress so it can fulfill its constitutional and legislative responsibilities in a safe, secure and open environment. The United States Capitol Police (USCP) is overseen by the Capitol Police Board and has Congressional oversight by appropriations and authorizing committees from the U.S. House of Representatives and U.S. Senate. This oversight affords the Department the support and opportunity to continually ensure that the USCP meets the safety and security needs of the Congress, the staff, and the many visitors who come to the United States Capitol each day.

Except now they outrank your Local Police, your State Police, and the DOJ/FBI. all by Fiat issued by Nancy Pelosi and the answer ONLY to Congress and those that control it. They do not have to follow the Law or the Constitution as the 100s of Jan 6th Protesters that are being held in Solitary Confinement with no Due Process for the crime of Trespassing attests to and proves.

Throughout the last six months, the United States Capitol Police has been working around the clock with our Congressional stakeholders to support our officers, enhance security around the Capitol Complex, and pivot towards an intelligence-based protective agency.

They are “Pivoting” towards an intelligence-based protective agency… They have already started setting up offices in Florida and California with plans to open offices in EVERY State.

The USCP has enhanced our staffing within our Dignitary Protection Division as well as coordinated for enhanced security for Members of Congress outside of the National Capitol Region.   The Department is also in the process of opening Regional Field Offices in California and Florida with additional regions in the near future to investigate threats to Members of Congress.

So we have Nancy Pelosi funding and creating a NATIONAL FEDERAL INTELIGENCE & POLICE FORCE solely for Congressional use that has no outside supervision, no Legal Authority granted to them by the passage of a Bill that the people would have an opportunity to either reject or support. Created simply at the whim of the crazy lady from San Francisco to “investigate threats to Members of Congress.” What kind of threats?

The FBI and Secret Service are the ONLY agencies authorized to do such investigations UNDER THE LAW, except this group work under the Authority of Congress and need no stinkin Laws… If the FBI/SS are tasked with dealing with these threats OUTSIDE the Capitol Rotunda what will the Capitol Police be doing in your State?

They will be using the NSA to investigate you without a Warrant because YOUR SPEECH is considered a THREAT to Congress. Ladies and Gentleman this is the formation of the American Gestapo.

Where are the members of Congress our REPRESENTATIVES that are speaking out against this? Where is the Press investigating it and INFORMING the people who Congress is ONLY supposed to Represent… NOT control, threaten and stick in a political jail under solitary confinement.

If NO representatives will speak for the protection of We The People nor the MSM what purpose do either serve?