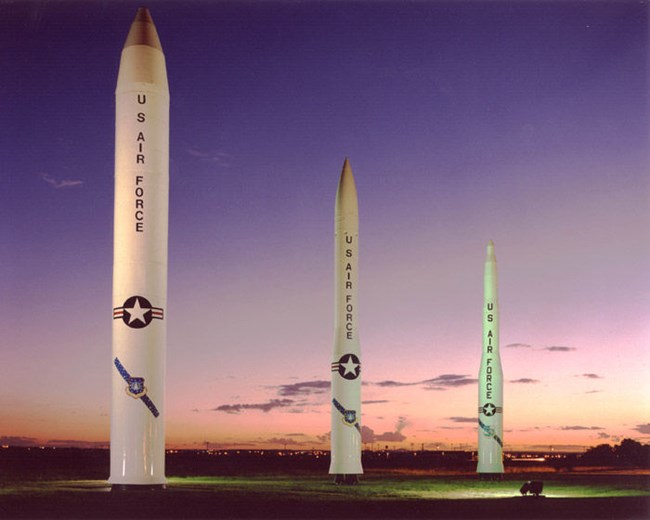 “We write to express concern regarding [the] President’s FY22 budget requests for nuclear weapon modernization,” Merkley and Warren wrote. “The high funding levels suggest that the Biden administration embraces its predecessor’s reckless mission to build new nuclear weapons. … We believe that the Trump-era nuclear buildup must be halted.”

Our ground based Nuclear Weapons are part of the American Triad, a 3 tier Nuclear Defense and Deterrent. A very simple strategy of if you take out 2/3rds of our weapons we will always have the third to hit you with. Air, Sea, and Land. Our Land based Missile Force is 60yrs old, it is budgeted for an upgrade. The other world nuclear powers are building new modern missiles that like our MX that can fly under radar, and they are also adding hypersonic nukes to their arsenals which can hit us in less than an hour from launch.

The Democrats don’t care, they cut the defense budget already, and they are actively destroying our military with Social Wokeness programs. They want us defenseless and outgunned especially in the nuclear arena. In their eyes WE are the threat. They say the Trump-era nuclear buildup must be halted. There was no “Trump Era” nuclear buildup… unless Lyndon B Johnson was Trump…. but if they say it was a Trump idea they believe they can cancel modernization and until we all die in a nuclear ball of fire no one will know or care… we stopped an evil Trump plan

NO you will have betrayed the people you are supposed to represent, but we’ll all be dead so “What difference does it make”?