Congress shall make no law respecting an establishment of religion, or prohibiting the free exercise thereof; or abridging the freedom of speech, or of the press; or the right of the people peaceably to assemble, and to petition the government for a redress of grievances.

It guarantees freedom of expression by prohibiting Congress from restricting the press or the rights of individuals to speak freely.

The right of the people to be secure in their persons, houses, papers, and effects, against unreasonable searches and seizures, shall not be violated, and no warrants shall issue, but upon probable cause, supported by oath or affirmation, and particularly describing the place to be searched, and the persons or things to be seized.

The Fourth Amendment originally enforced the notion that “each man’s home is his castle”, secure from unreasonable searches and seizures of property by the government.  It protects against arbitrary arrests, and is the basis of the law regarding search warrants, stop-and-frisk, safety inspections, wiretaps, and other forms of surveillance, as well as being central to many other criminal law topics and to privacy law.

The Biden Administration in the name of the Demon Covid is implementing a communist system to monitor your PRIVATE SPEECH. It is spelled out with “Righteous Indignation” exactly how and why they are going to “control misinformation” not even information that is factually right or wrong but information that does not follow the administrations “Narrative”. This was spelled out in a recent Politico article https://www.politico.com/news/2021/07/12/biden-covid-vaccination-campaign-499278 “Potentially a death sentence’: White House goes off on vaccine fear mongers“

The White House has decided to hit back harder on misinformation and scare tactics after Republican lawmakers and conservative activists pledged to fight the administration’s stated plans to go “door-to-door” to increase vaccination rates. The pushback will include directly calling out social media platforms and conservative news shows that promote such tactics.

“The big misinterpretation that Fox News or whomever else is saying is that they are essentially envisioning a bunch of federal workers knocking on your door, telling you you’ve got to do something that you don’t want to do,” Anthony Fauci, President Biden’s chief medical adviser, said in an interview on Sunday. “That’s absolutely not the case, it’s trusted messengers who are part of the community doing that — not government officials. So that’s where I think the disconnect is.”

Trusted Members who are part of the the community… Who the Clergy? The Police? Volunteers? Democrat Poll Workers? Will they have a List or go to every house? If they have a List where did they get the information for the list? By Federal Law our Medical Records are PRIVATE…

Biden allied groups, including the Democratic National Committee, are also planning to engage fact-checkers more aggressively and work with SMS carriers to dispel misinformation about vaccines that is sent over social media and text messages. The goal is to ensure that people who may have difficulty getting a vaccination because of issues like transportation see those barriers lessened or removed entirely.

Such a lofty Noble Goal… they want to help those who need a ride. Excuse me ? An SMS message is your TEXT messages. The DNC and your Phone Carriers are going to monitor your TEXTS. They are going to MONITOR your texts with factcheckers and edit what YOU say.

“We are steadfastly committed to keeping politics out of the effort to get every American vaccinated so that we can save lives and help our economy further recover,” White House spokesperson Kevin Munoz said. “When we see deliberate efforts to spread misinformation, we view that as an impediment to the country’s public health and will not shy away from calling that out.”

So Politico picks up his water and attacks states that voted for Trump as being the least vaccinated and full of antivaxxers… nah that’s not making it political. They didn’t say it the “Journalist” did. Yeah word salad and Plausible deniability. That’s who Joe Biden really is you know… the Patron Saint of Plausible Deniability… ask Hunter.

Look push comes to shove if the Biden Administration wants to con some poor schmucks to go knock on Peoples doors and tell them the Joy’s of Vaccination I say all the power two them. 63% of the white community is fully vaccinated, The minority community has only reached a maxximum of a 36% percent vaccination rate and that’s in NYC, in all other major American cities the vaccination rate floats between 23-26 percent in the minority community… They must be saved. The priority is to get those not getting the vaccination to go get it. Is it not?

Well start with North Philadelphia Pa, and West Garfield Park Chicago IL. lets see how well you do in those two locations first….

However the gem of this tale is not the clown show of trying to go door to door, but the FACT the the DNC is going to monitor your TEXTS… Do they have a Warrant? Under what Authority are they dispelling the 4th Amendment?

They are going to read your private communications and decide if they like they way you are talking about their Vaccine… I can call it Piss in a Vial if I choose and there is not a damn thing wrong with me doing so. My free speech rights were given to me at the same instant I was given life and they weren’t bestowed upon me by any Government.

It is Federal, State, Local and Constitutional Law that you can not view my private communications without the issuance of a Warrant from a Judge that you have proven to, that there is a need to listen or read my phone conversations to investigate a crime. Talking bad about a Vaccination is NOT a Crime talking bad or HOSTILY at my Government is not a crime it’s accepted case Law NYTs vs Sullivan 1964 the Supreme court ruled “This Nation is founded on the Profound National commitment to the Principal that Debate on Public Issues shall be Robust and Wide Open and that it may well include Vehement, Caustic and sometimes unpleasantly sharp attacks on Government and Public Officials.” so if you don’t understand or recognize that 235 year old document and it’s stupid amendments… there is settled case law. It doesn’t just apply to News Papers.

We can say whatever the hell we want as long as we aren’t threatening anyone, and your fake never ending pandemic doesn’t give anyone the right to wave the Bill of Rights… yet Ladies and Gentleman that is what they are going to do. The Law no longer applies. In the name of Covid you have no rights, are entitled to no due process. You will do as you’re told. You will shut up and you will take the shot.

I ask you how is this any different than the former Soviet Union or the current China? I don’t see a difference, and neither do a lot of other people. We need to vote these people out as quickly as possible. They no longer recognize the Rule of Law, but don’t worry the say it’s for our own good. 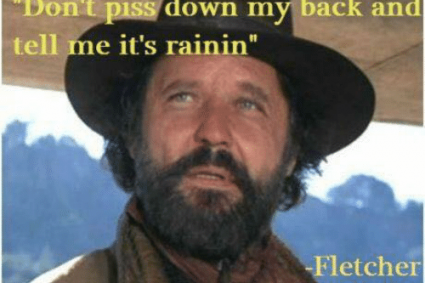 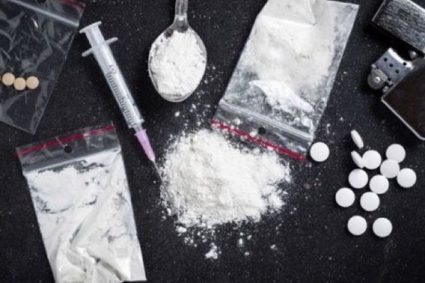