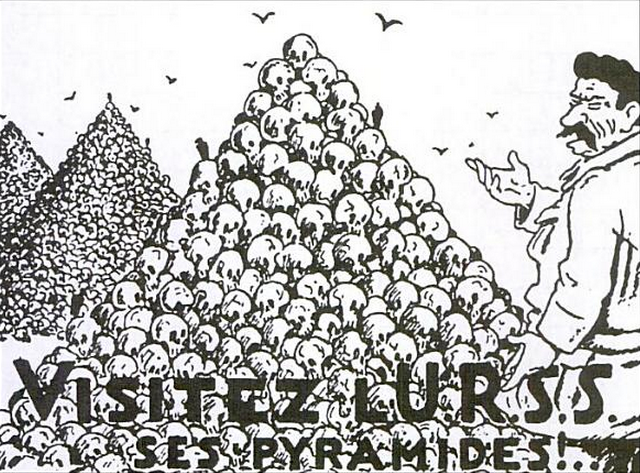 Stalin knew the power of the printed word. So when he commenced his Great Purge, newspapers were forced to obliterate any images of those unfortunates who had either come under the KGB’s suspicion; or who had already been exterminated.

A well-known example of Communism’s ‘Disappeared’ was the photograph of the ‘meeting of the St. Petersburg chapter of the Union of Struggle for the Liberation of the Working Class in February 1897.’

The man standing to the right of Vladimir Lenin (Seated, behind the table) was ‘Disappeared’ and presumably executed. He had become a non-person!

Unfortunately, here in the third decade of the twentieth century, we aren’t far away from Stalin’s purges and Lenin’s fanaticism. You don’t believe me? You just try standing up and speaking on religion, or politics, or indeed on virtually any subject under the sun at Speakers’ Corner or a High Street, and see how far you get before you are arrested, bundled into a police car, and later released, because you tried to speak your mind. The bloody police later stated ““That is the role of the police, even if a decision is subsequently made that their actions are not criminal. In this case, it was deemed appropriate to remove the man from the area.”

Fair enough, the preacher was later paid £2,500.00 as damages; he wasn’t executed: but he was SILENCED!

Let’s look at Australia, a Nation which used to be a shining example of freedom, in all respects of that elusive ‘Right’. When I visited Australia when I was in the Merchant Navy, the truth is that you could say or write anything about anybody or any thing. As long as you could prove that you were speaking the truth, and you weren’t inciting violence; the sky was the limit in ‘the Lucky Country’.

My, my; how times have changed. As blogger Jo Nova relates, “A Sydney doctor has been hauled before the NSW Medical Board after he questioned evidence behind Covid-19 vaccines and promoted unapproved treatments, including Hydroxychloroquine and Ivermectin, in a case that will test the limits of what medical professionals can say publicly.”

Yep, for the vile crime of saying what he thinks and sincerely believes, the Authorities have suspended this Anaesthetist’s licence, and are trying to gag him.

And while we’re on the subject of Censorship, how come literally no one has ever mentioned or championed Ivermectin in GB&NI?