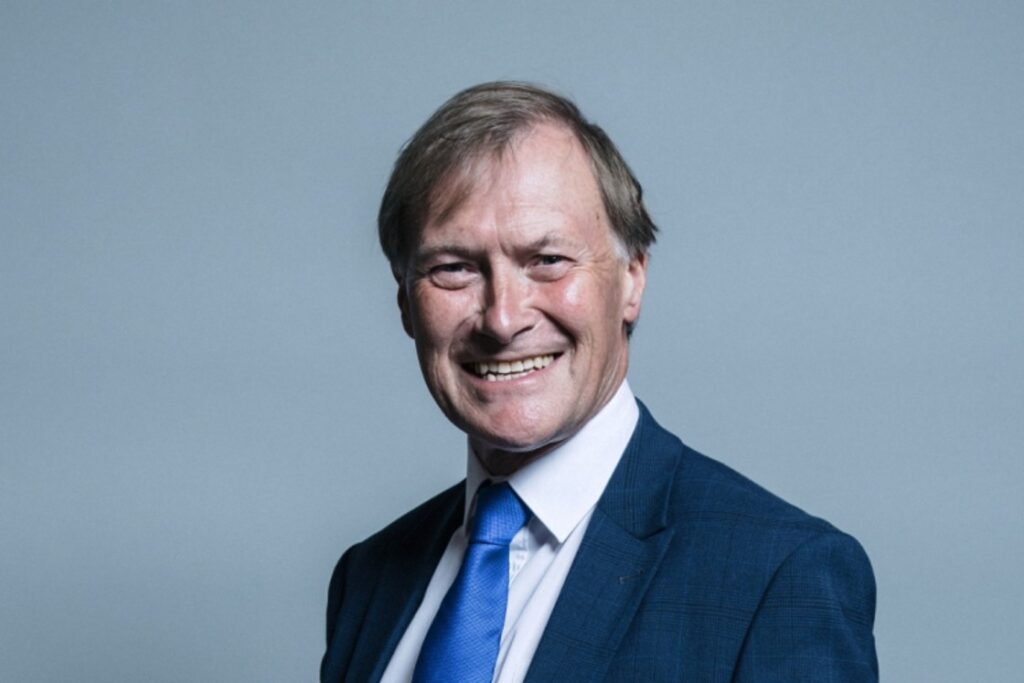 Veteran British parliamentarian David Amess was stabbed to death midnoon Friday while interacting with his constituents at a church near London. Though paramedics attempted to rescue him, the 69-year-old’s injuries proved fatal. Police have said that the stabbing was a terrorist incident. They have arrested a suspect, who the police believe acted alone. Reacting to the incident, Prime Minister Boris Johnson said he was “deeply shocked and heart-stricken.” “David was a man who believed passionately in this country and in its future, and we’ve lost today a fine public servant and a much-loved friend and colleague,” This is the usual rhetoric of the British liberals.

Amess held the distinction of being one of the longest-serving politicians in the House of Commons. He was a well-known figure from the Conservative party, with a political experience of nearly four decades. He had been the representative for Southend West, which includes Leigh-on-Sea, since the year 1997. He was accorded Knighthood by the Queen in 2015 for his political and public service, thus assuming the title of Sir David.

David Amess was at a constituency event in the Belfairs Methodist Church in Leigh-on-Sea when he was stabbed multiple times. “When they [paramedics] arrived, they found Sir David Amess MP, who had suffered multiple injuries. This was a difficult incident, but our officers and paramedics worked extremely hard to save Sir David. Tragically, he died at the scene,”

Initial reports suggested that the attacker was a 25-year-old British man of Somali heritage. The Guardian said that the man is in police custody and has been arrested on suspicion of murder. The knife used for the attack has been recovered as well.

Police said that the stabbing was a terrorist incident, and that they believe the attacker acted alone. In a statement, the Metropolitan Police said that initial investigations have revealed a potential motivation linked to Islamist extremism. Much of the reports never mentioned that he was a Muslim and radicalised to take lives. Searches are being carried out at two addresses in the London area as a part of the investigation. Police said specialist counter-terrorism officers were leading the initial investigation.

David Amess’ killing is the latest in a series of incidents of violence against lawmakers in England.

Five years ago, lawmaker Jo Cox was shot and stabbed by a far-right extremist outside a library, minutes before she was due to hold a constituency meeting in Birstall, West Yorkshire. The 41-year-old Labour MP’s killing had renewed concern about the risks politicians run in their professional life. It had also triggered a conversation on the increasingly divisive nature of politics in Britain (Cox’s murder took place weeks before Brexit referendum).

Sir David, who represented Southend West, was holding a constituency surgery – where voters can meet their MP and discuss concerns – at Belfairs Methodist Church in Eastwood Road North. As a norm, politicians in Britain are rarely given police protection when they meet with their constituents. Their schedules are widely publicised, Amess, for instance, published the time and locations of his constituent meetings on his website.

The government provide security to its MPs.

When they are in Parliament, MPs are well protected by a specialist armed police department called Parliamentary and Diplomatic Protection;

For most MPs there is not the same close protection when they are in their constituencies;

Parliament offers MPs and their staff guidance on security, including tips on how to run a safe constituency surgery, suspicious post and home security;

Parliament will pay for MPs to have some security measures installed – such as security alarms and shutters in their homes and constituency office; and

The suspect being held by UK police on suspicion of the terrorist murder of MP David Amess is named Ali Harbi Ali, British media reported on Saturday evening after 24 hours of the crime. The level of radicalisation in Britain is getting alarming with cities getting Islamised and Muslim going ahead with their Friday prayers on the roads and even Azan being sung on the London Bridge and Sharia Laws being in place and remote Churches are being bought over to convert them into mosques with loud speakers blaring out Quran verses 5 times a day!

Local reports said the suspect is a 25-year-old British citizen with Somali heritage, who is not thought to have been previously known to the security services. However, Ali had been referred to Prevent, the UK’s counter-terrorist scheme for those thought at risk of radicalisation a few years ago, the BBC reported. Ali is believed not have spent long on the program, which is voluntary in nature, and was never formally a “subject of interest” to MI5, the domestic security agency.

Police and security services believe the attacker acted alone and was “self-radicalised,” perfect spin not to lower the love of liberals to protect Islamisation and just close the eyes and watch the onslaught of Muslim Jihad in Britain. The Sunday Times reported, while he may have been inspired by Al-Shabaab, Al-Qaeda-linked Islamists in Somalia. Ali’s father Harbi Ali Kullane, a Former adviser to the PM of Somalia, confirmed to The Sunday Times that his son was in custody, adding: “I’m feeling very traumatised.”

The deadly killing has the Home Secretary Priti Patel directing police forces to review security arrangements for MPs “with immediate effect”, a Home Office spokesman said. Two other British lawmakers have been attacked over the past two decades during their voter town halls meetings. In 2010, Labour party legislator Stephen Timms was stabbed in the stomach by a 21-year-old female student who said she was radicalised by online sermons of an al-Qaida-linked preacher. In 2000, Liberal Democrat Nigel Jones and his aide Andrew Pennington were attacked by a man wielding a sword during such a meeting. Pennington was killed and Jones wounded in the attack in Cheltenham, England.

Few thousand kilometre away in the Indian state of Jammu and Kashmir, the state government terminated the services of Anees-ul-Islam, the grandson of separatist leader Late Syed Ali Shah Geelani, in the “interest of the security of the state”. Islam was working as a research officer at the Sher i Kashmir international convention centre, where government functionaries attend state functions and thus safety of important functionaries are at peril. The story was filed by the peaceful and blames the state government. This appointment was made through a back door appointment and the present dispensation is cleansing the ‘dirt’ and people with doubtful integrity, which was employed by previous governments. The story continues that all the terminated employees are Muslims with four belonging to the Jammu region and rest belonging to the valley as clear indication that valley Muslims are the victims of the state.

I wish the news writer gave the reason that these anti nationals were harbouring the terrorists and they were providing safe stay and food for the anti-nationals of the country.

British media has now mentioned that the Muslim national has now been charged under the terrorists act.

The left liberal saga continue unabated! Entire EU is facing the brunt of this liberal governments and right is taking control of the governments.