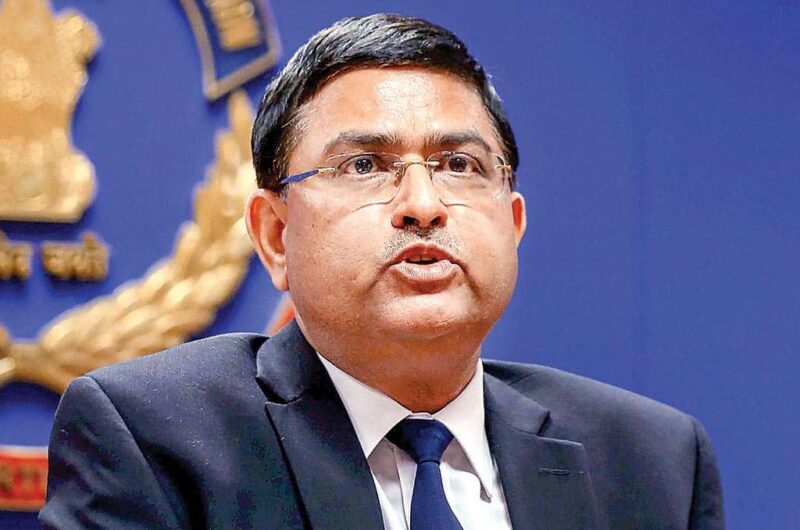 Delhi’s Chief Minister is known for his frivolous activities, who is always seen to be in front of the rolling cameras, rather than in his office and ever ready to shoot for a scripted advertisement and his government ever ready to dish out fake news day in and day out. Rakesh Asthana’s appointment as Delhi Police chief is against SC directions, was the one line observation of CM Arvind Kejriwal. “I feel the appointment of Rakesh Asthana is in violation of the Supreme Court’s direction.” The matter was also discussed in the Delhi assembly. On the other hand he is also famous for filing caveats, cases against the central government and fighting cases and always at the logger head with the Modi government at the centre. PM Modi had appointed a very senior and efficient IPS Officer Rakesh Ashthana as the Commissioner of Police of Delhi and our ‘Yudh’ fighting CM filed a case against this appointment.

The Union government told the Delhi high court that filing Public Interest Litigation (PILs) has spawned an industry of petitions for vested interests and become a career in itself, as it justified the appointment of IPS officer Rakesh Asthana as the Delhi Police chief.

Taking a deep dig at the petitioners, “Time and again the Supreme Court has taken the view that public interest litigation is not maintainable in service matters…Some citizens of this country have a desire to run the government, they fulfil their unfulfilled desires by such PILs saying ‘why this appointment is wrong, why this policy is wrong’ — that is for the elected government to decide,” Mehta said.

The Hon’ble court agreed to the central government’s view and summarily dismissing the PIL challenging IPS Officer Rakesh Asthana’s appointment as Commissioner of the Delhi Police, the Delhi High Court Tuesday said that the Executive, which is responsible for the law and order situation, must have a “reasonable discretion” to select an officer it finds more suitable for the post of Commissioner of Police in the national capital.

Senior Counsel Mukul Rohatgi, representing Asthana, said the petitioner was “a proxy for somebody who does not want to come in the front” and holds “personal vendetta”. “People are always aggrieved if some peer or someone in the same service is selected. But here there is no (such) challenge. They are people who are educated, at the pinnacle of their career,” he said. Both the Centre and Asthana objected to the intervention plea filed by the Centre for Public Interest Litigation, which has already moved the Supreme Court against the appointment. It also said that the petitioner or intervenor have not been able to make out a case for court’s interference against the appointment or even remotely demonstrate “that there is any blot in the service career of the tough, honest and hard working Asthana.

“It ought to be kept in mind that Delhi, being the capital of India, has a unique, special and specific requirement. It has witnessed several untoward incidences and extremely challenging law and order situations / riots / crimes, which have an international implication, which in the wisdom of the central government necessitated the appointment of an experienced officer possessing diverse and multifarious experience of heading a large para-military security force apart from other factors,” said the division bench of Chief Justice D N Patel and Justice Jyoti Singh.

The court passed the verdict on the PIL filed by Sadre Alam, a lawyer who sought to quash Asthana’s appointment, inter-cadre deputation, and extension of service. Centre for Public Interest Litigation (CPIL) through advocate Prashant Bhushan also argued against Asthana’s appointment in the case. The 1984 Gujarat-cadre officer and former DG BSF, Asthana on July 27 was deputed to the AGMUT cadre and granted an extension of service for a period of one year beyond his date of retirement, which was July 31 2021. He was also appointed the Delhi CP from July 27 up to July 31, 2022.

The Centre in a written reply to the petition said that Asthana has been brought in to provide “effective policing” on recent law and order situations. Since the AGMUT cadre comprises Union Territories and small North-eastern states, the requisite experience “of working and supervising the central investigating agency, para-military force and police force of a large state having diverse political and law and order problem”, was found lacking in the present pool of available officers, it said in the reply.

Rejecting the arguments made by Alam and CPIL, the court said that the Prakash Singh case directions on the appointment of DGPs are applicable only to states and have no application for Union Territories falling under the AGMUT cadre. “The peculiar set up of Union Territories and the lack of a pool of sufficient officers in the appropriate pay level, with requisite experience, in the AGMUT cadre, as highlighted by learned Solicitor General and not disputed by the petitioner and the intervener, lead to an inevitable conclusion that application of the UPSC guidelines, flowing from the directions of the Hon’ble Supreme Court, to Union Territories, will create an anomalous situation, which would be completely unworkable,” it said.

The court said it has no reason or material on record to reject the Centre’s stand that while a sufficient number of officers are available to constitute a zone of consideration for creating a panel for appointment as DGP in the states, the same is not the case in the AGMUT cadre. “On account of the unavailability of sufficient number of officers in the pool in respect of various segments of the AGMUT cadre, we cannot but agree with Respondent No. 1 (Centre) that the State Cadres have to be treated differently from the AGMUT cadre, for the purpose of empanelment of the respective heads of the police force,” reads the judgement.

It further said that Asthana has been appointed following the statutory procedure prescribed under the Delhi Police Act, 1978 and Transaction of Business of GNCTD Rules, 1993 and no appointment made to the post in the past has been challenged on the ground that such procedure is in violation of the directions of the Supreme Court.

“Therefore, applying the principle of contemporanea expositio, if a procedure has been followed by the central government since 2006, with the clear understanding as aforesaid and appointments of as many as 8 Commissioners of Police, Delhi have been made following the statutory regime under the Delhi Police Act, 1978 read with Transaction of Business of GNCTD Rules, 1993, which has withstood the test of time, without any demur / objection / challenge in any court or forum of law, the same gains weightage,” the court said.

“Keeping in mind the complexities and sensitivities in the capital of the country and the fact that no officer with appropriate seniority and the requisite experience was available in the AGMUT cadre, the relaxation provision was invoked and extension of service was granted to Respondent No. 2. (Asthana),” it said in the verdict.

The Hon’ble Court has shown the CM the exit door!