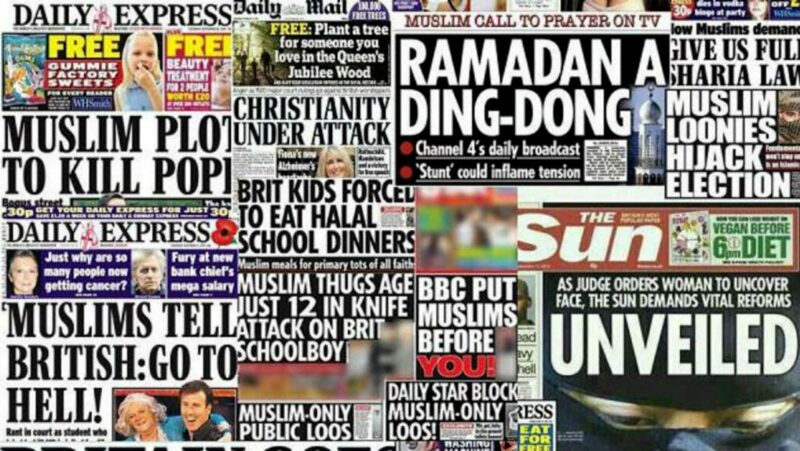 When I was living down in London in the early 1990s, I came across a billboard advertisement in Croydon for the Australian lager, Castlemaine XXXX. The company was running both TV and poster ads in the UK at the time under the tagline ‘Australians wouldn’t give a XXXX for anything else’. This particular image sticks in my mind because I couldn’t continue my walk for several minutes due to being almost delirious with laughter. It was absolutely hilarious! The poster showed two archetypal Outback bushmen in the Northern Territory who’ve espied a remote pub with the Castlemaine XXX logo painted in big letters on its roof. Desperate as they are to sample a pint as quickly as possible, they both point eagerly at the building. However, just above their heads is a large alien spacecraft that they either haven’t noticed, or are too fixated on their quest for good beer to pay any attention to. Despite the advert being some 30 years old, I have never forgotten it. If Google Images has a preserved example, check it out!

On a much more sombre note, we have a comparable sense of denialism in today’s political class and much of the mainstream media. When poor Jo Cox was brutally murdered in 2016, it took only hours for those in positions of power to declare the slaying the work of a ‘far-Right extremist’.  Skip forward to the equally brutal murder of Southend West MP Sir David Amess a week ago, and the reluctance – even now – to ascribe the murder to a proponent of radical Islam is noteworthy. Awarding Southend city status and preaching about a severe curtailment of the activities of social media trolls provide convenient distractions for our MPs, because they don’t want to talk about Islamic extremism and its potency – some 30 years since it started to spread like poison ivy through British society. Social media warriors, irrespective of how rude and obnoxious they are, are largely diminutive emperors with no clothes. Social media didn’t cause the murder of David Amess – anymore than it did the London bombing of 2005, the Manchester bombing in 2017 or countless atrocities in mainland Europe in-between.

In a desperate effort to distinguish between the central tenets of puritanical Islam and the activities of terrorists, we have even made up our own terms: ‘Islamist’ and ‘Islamism’. These have the effect of removing the religion as a whole from our collective consciousness. ‘These are the activities of Islamists, not Muslims’ declared journalist Tim Stanley in an interview with Nigel Farage on  GB News the other evening. Wrong, Mr Stanley! The call to kill those who do not believe in Islam, or who have strayed from the path, is not uncommon in the Koran. True there are also passages enunciating violence in the Bible. The difference is that Christians underwent a cultural Enlightenment in the 1700s, therefore are capable of distinguishing between those parts of religious scripture promoting an apostolic life and those indicative of the intolerant contrary. A large percentage of the world’s Muslims in 2021 have yet to do so. This is why they are so convulsed by hysteria at the mere depiction of the Prophet Muhammad; whey they targeted author Salman Rushdie with a fatwa lasting 32 years and counting; why they continue to kill in the name of their god; and why so many elements of the Islamic way of life remain incompatible with Western lifestyles and Western cultural values.

Of course none of the above means all Muslims are inclined to wickedness. There are many good Muslims in walks of life just as there are in multitudinous other cultures worldwide. Even so, what makes Islam so extreme in significant ways is the absolutism by which millions of its adherents live their lives. Unlike Sikhs, Hindus or Jews who have largely integrated into UK society and play important roles in our country – right up to the position of Chancellor of the Exchequer, Muslims in the main prefer their own communities, their own rules, and their own isolation from the rest of Britain. And there is no way terrorists from any community can enact their barbarity without sufficient cover from others within those communities. You don’t have to look far to see how concentrated pockets of Islamic communities are virtually no-go areas for outsiders.

Summarily, Islam is by far the most extreme of the world’s principal faiths. As far as the United Kingdom is concerned, the most prosperous and advanced Muslims are those who have escaped the ghettos they have created in places like the former industrial towns of the English Midlands and north, and have worked and socialised alongside people from outwith their religion. Those who remain (by their own volition) in these isolated ghettos are susceptible to both violent and ideological extremism. Sitting on the green benches of the Commons, pretending we are enveloped in a warm blanket of multicultural bon homie, refusing to acknowledge the scale and severity of the problem we face with Islam collectively, and sermonizing about togetherness every time a new terrorist atrocity is carried out renders our politicians as blind to the bigger picture as those two aforementioned bushmen on the hunt for a glass of beer, with a giant UFO only yards away.