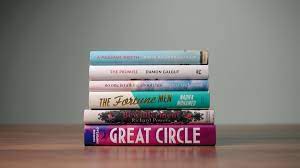 Warning: This article contains language which some readers might find offensive.

There is only one book by a British author on the Booker Prize shortlist this year, and that is “The Fortune Men” by the Somali-British writer Nadifa Mohamed. It tells a fictionalised version of events surrounding a real court case from Wales in 1952 in which a Somali man, Mahmood Mattan, was found guilty of murdering a female Jewish shopkeeper and executed. However, the verdict was overturned in 1998 and the family received substantial compensation.

This is a tragic story and it deserves to be told truthfully. It should not be turned into a work of fiction, as it has here, where the author has fabricated the characters of real people and given them her own words and thoughts, which are often unpleasant, to say the least. The story has become, not a fair look into a miscarriage of justice, but a diatribe against Britain, a literary attack.

Yet the reaction of the liberal press has been positive. A review in the Guardian gushes that the book reveals “Mattan’s tender aspirations” and they state, without obvious evidence, that the case shows “institutional racism”. Is this the real reason this book was chosen?

The author came to the UK in 1986 aged four with her father fleeing civil war in their homeland. The family were given sanctuary by this country, and a council house and state schooling, culminating in her studying History and Politics at Oxford University. Yet none of this seems to have led to her having any affection for Britain.

For Britain Party Protest Against “The Fortune  Men”

When Mattan marries his Welsh wife Laura (he aged 24 and she aged just 18), the author doesn’t mention that the other way round, a non-Muslim man marrying a Muslim woman, would not have been allowed in her country. Instead, she has Mattan launching an appalling assault on Laura, “Truth be told, he had hurt her that first time, a mistake caused by forgetting what is was like with a virgin but also because he had been an angrier man then; he was using her body to avenge himself of every laugh, “nigger”, and slammed door. Driving himself into her without being able to meet her unblinking eyes”. That is, the author is justifying Mattan sexually assaulting his young wife as a form of collective punishment on a society that is more tolerant than the author’s own, at least when it comes to who can marry whom.

Mattan’s violence or threats of violence are mentioned without remark. When he tells his mother-in-law that he would kill her daughter if he saw her with another man, there is no suggestion there is anything wrong with this; and when Mattan broods about killing his mother-in-law for describing him in court as “that man”, this is treated as perfectly reasonable. Perhaps these are some of Mattan’s “tender aspirations” that the Guardian mentioned.

When it comes to attacking people other than his family, his violent tendencies become more vulgar. In one case he says to his prison guards: “You touch me with your dirty hands and I kill you all. You think I’m your slave?…. Fuck you and your religion”; and in another he comes up behind a suspected police informer and hits him with a shoe, shouting “Nigger”. The violence is accepted, and the author excuses him for using this word because it is a “foreign word coming from his mouth unbidden”, that is, it is white man’s fault because it is a white man’s word.

When a white man appears in the text he will almost invariably be an ugly and unpleasant character, and usually weak; while the Somalis are always described as strong and beautiful. In one instance a prisoner proffers “a thin, pale hand”, which Mattan shakes “firmly”, and in another Mattan “squeezes the solicitor’s colourless, lotioned hand hard”. Even King George VI is described as “unmanned by wealth”, and his stutter is mocked.

There is some respite from all this when the author describes the Jewish household of the victim. However, the characters do at one stage suggest that some Jewish men probably cross-dress, whereas of course no such unmanly things are suggested in relation to Somalis.

However, it is the attacks on the British which are relentless throughout this book. It seems that the author has sat down and said: What is unique about Britain and how can I destroy it?

There are too many examples of her attacks on British culture to list them here, but one in particular was very disturbing, and that is her attack on British politeness. On one occasion, when a prison warden gives Mattan a cream cake, he doesn’t know whether to say thank you because “to a Somali he wouldn’t”. And on another occasion we hear that Mattan “forces himself to say the word that he hates, the empty English shield-like word, “Sorry””.

In a Guardian interview the author laments “When you have a child of immigrants such as our Home Secretary eagerly calling for migrants to be pushed back in the Channel, that must make you stop and think”. She says she came from a broken country and she feels the UK is heading the same way. That is one thing we can agree on. But she must look at herself, another migrant who was given refuge by this country, and who then turned round and attacked everything about it.

Perhaps she will consider her own blame in all this, and then relent and say “Sorry”.