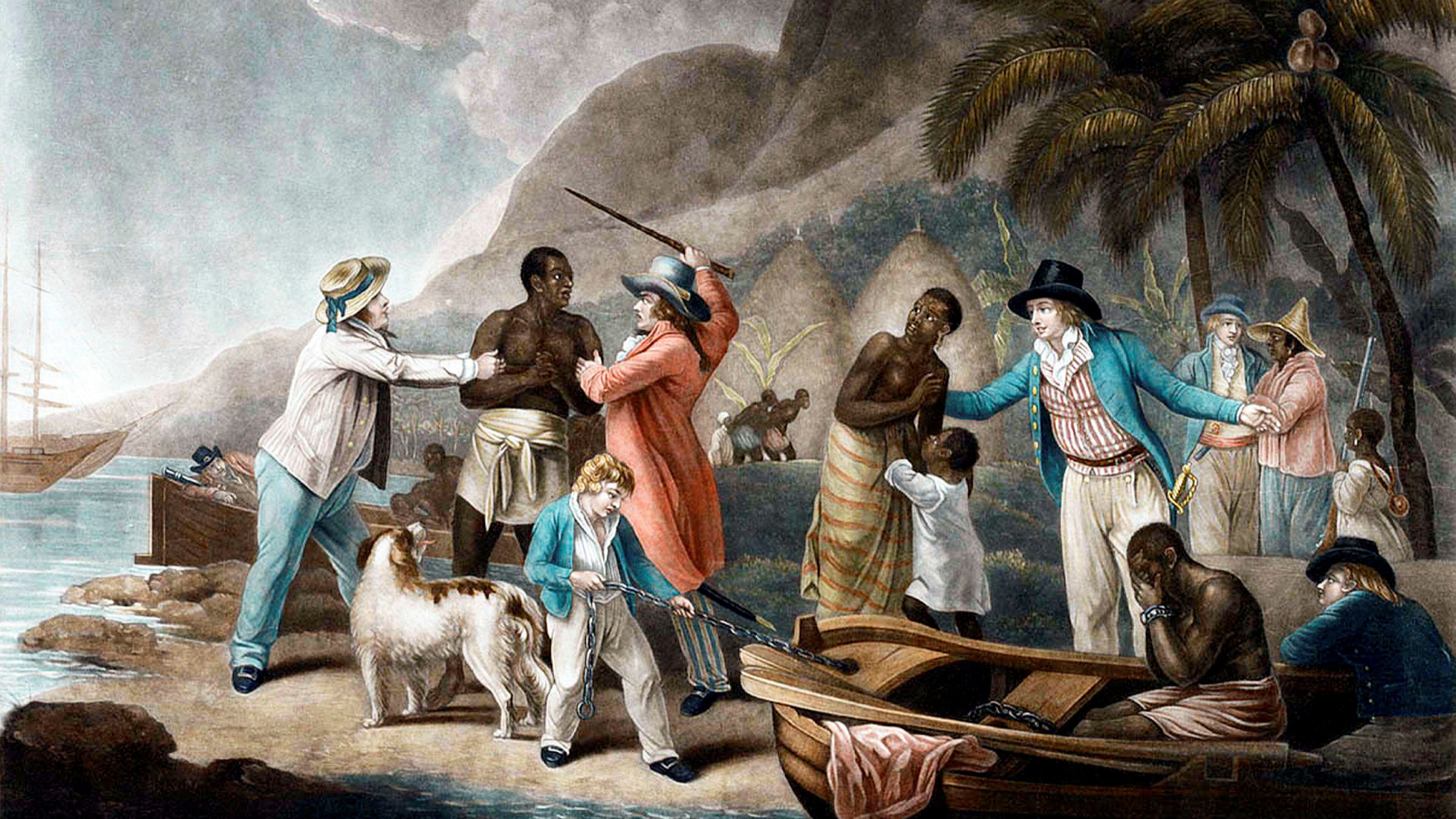 The more I read about slavery, the more I realise I know nothing. I have spent most of my life with only two reference points to this horrendous practice. As a child, I watched films like Spartacus and Ben Hur, they highlighted slavery in the Roman period. In primary school, I read about the trans-Atlantic slave trade. At home, I watched a TV series called Roots every Sunday evening. And at some point in my teens, I learnt that the word slave derived from Slav because so many Eastern Europeans had been enslaved. I grew up believing I knew everything there was to know about slavery. I was wrong.

The British have an amazing and proud history in fighting slavery. Not just in the UK, but outlawing the practice in most of the world. This sounds so crazy that I must be making it up to appease my white guilt. Allow me to explain a little further.

Slavery is an evil we have practised forever, since the beginning of time. It is recorded in the earliest texts. Depicted in the earliest carvings. It was the norm. It was not looked upon as evil, just the natural order of things. The strange thing about the history of slavery is that some people thought it was wrong.

William The Conqueror became King of England in 1066 and outlawed the sale of slaves abroad. He commissioned a survey of the land to discover what he had conquered and what he could tax. This document informs us that 10% of the population were slaves. This law was the beginning of the end of slavery in Britain. By 1200, slavery was non-existent.

During the 16th to 19th century, African slave traders raided Britain and Europe to capture Christians. They were Barbary pirates and supplied the Arab slave markets in North Africa. In 1645, a raid on the Cornish coast saw 240 men, women and children kidnapped. Parliament sent Edmund Cason to Algiers to negotiate the ransom their release. He paid on average £30 per person and managed to free some 250 people before he ran out of money. Cason spent the last years of his life trying to arrange the release of a further 400. From 1530 to 1780 it is estimated that as many as 1,250,000 Europeans were enslaved.

By the 1650s, attacks were so frequent that fishermen were reluctant to put to sea for fear of capture – as well as leaving their families unprotected ashore. The pirates were so brazen they based themselves on Lundy Island in the Bristol Channel. Oliver Cromwell instructed that captured pirates should be slowly drowned.

The development of the Royal Navy was a necessity to protect the coastline from raids. Britons will never never be slaves – is a line from Rule Britannia. It is a reference to the fear in coastal towns. Eventually, we took the fight to North Africa in the Barbary Wars. The British and Dutch in 1816 finally broke the pirates. They liberated more than 4,000 Christian slaves.

In the 18th century, the trans-Atlantic slave trade had become big business. British ships set sail to West African for slaves captured by local rulers in exchange for goods. Slaves were shipped across the Atlantic and sold for labour in plantations. The ships were reloaded with sugar and rum and returned home. By the middle of the century, London had a large African population. Free and enslaved people. The total number may have been about 10,000.

There was a lack of clarity in law on non-British slaves who were purchased elsewhere and brought to Britain. In 1701, the Lord Chief Justice ruled that a slave became free as soon as he arrived in England. In 1729, the Attorney General and Solicitor General viewed that slavery of Africans was lawful in England. Lord Henley LC said in 1763 that as “soon as a man sets foot on English ground he is free“.

The final answer came with the case of a runaway slave called James Somersett. He was the slave of a Boston customs officer. They came to England, and Somersett escaped. Captain Knowles captured him and prepared to leave for Jamaica. Three abolitionists stopped the deportation. Somersett’s fate was placed in the hands of the court. In his judgment of 22 June 1772, Lord Chief Justice William Murray deemed that only an act of Parliament could approve slavery. Somersett was set free.

After reading about Somersett’s Case, Joseph Knight resigned as a slave. He had been purchased in Jamaica and brought to Scotland. He filed a freedom suit, on the grounds that he could not be held as a slave in Great Britain. The court ruled that chattel slavery was not recognised under the law of Scotland. Slaves could seek court protection to leave a master or avoid being forcibly removed from Scotland.

In 1783, the anti-slavery movement began. The Quakers founded the first abolitionist organisation. The buying and selling of slaves were made illegal across the British Empire in 1807. Owning slaves was outlawed completely in 1833. Former slave owners received formal compensation for their losses from the government.

The Royal Navy was instrumental in ending the world trade in slaves. The West Africa Squadron was formed at a substantial expense in 1808. Its task was to suppress the slave trade by patrolling the coast of West Africa. The death rate of sailors was twice that of similar postings due to tropical diseases. Between 1808 and 1860 they captured 1,600 slave ships and freed 150,000 Africans. The pursuit and capture of slave ships were celebrated back home by the general public. Successes were often memorialised in souvenir engravings. This British campaign is considered the most costly international moral action in modern history.

In 1841, the first multilateral treaty for the suppression of the slave trade was signed. It took place in London with representatives from Austria, Britain, France, Prussia and Russia. The Royal Navy continued to patrol the oceans to enforce international law. The slave trade had been broken again by the Royal Navy.

It is unfair to judge past nations for a practise we find completely evil today. People may judge us in the future for eating the flesh of animals or taking anti biotics.

What matters is some individuals found the act inhumane and convinced everyone else of the same. These people helped change the culture of nearly the whole world. The British were a leading force in this pursuit.

The next time you hear someone say that the British were involved in the slave trade remember the above. Smile and nod your head. For we were. Just like every other country and people in the history of the world.

But unlike everyone else, we brought the trade to an end for the benefit of the whole of mankind. That is why I sing Rule Britannia.